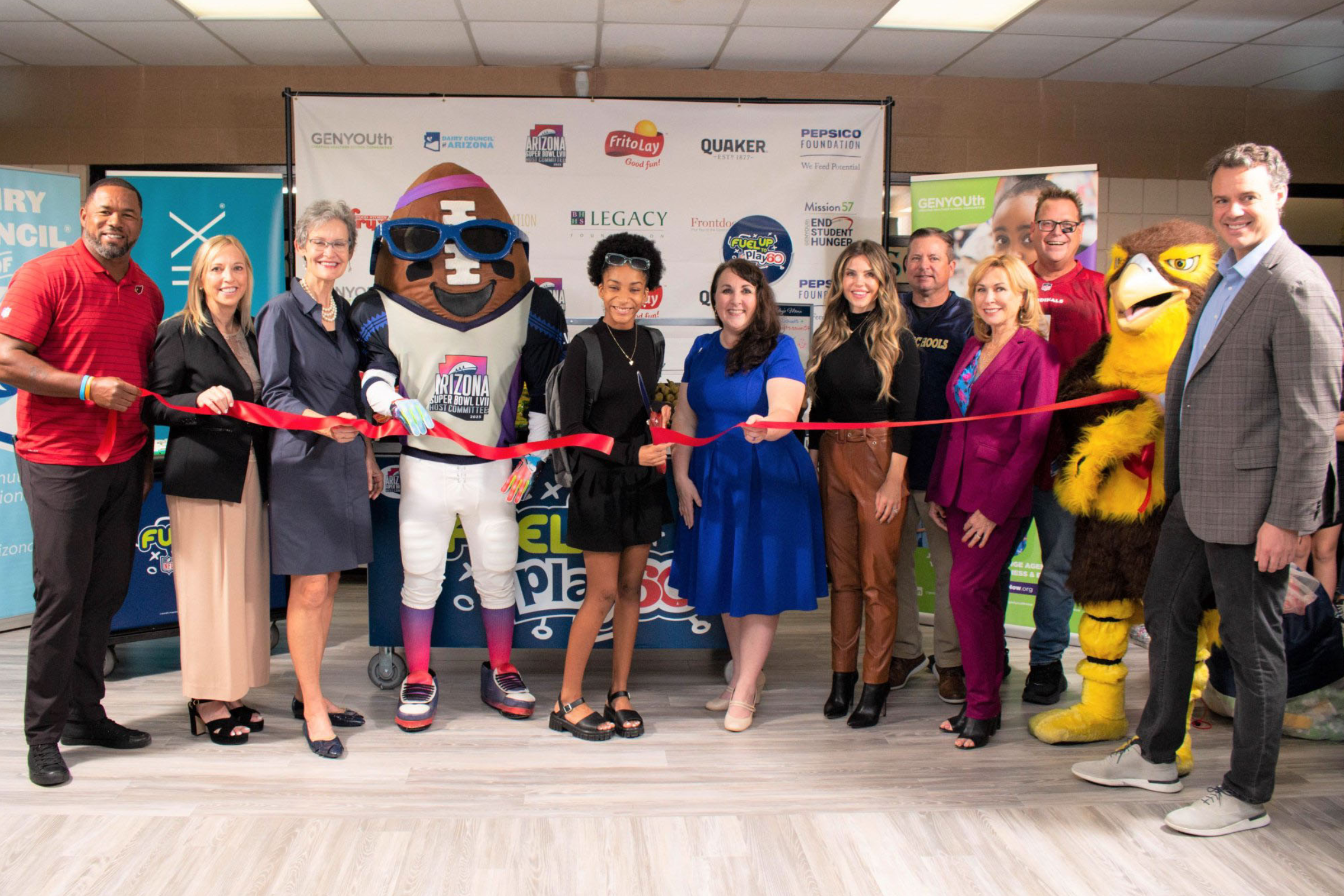 Eleven schools in the Gilbert Public Schools district will receive brand new grab-and-go breakfast carts thanks to a generous donation from GENYOUth and its partners. The national non-profit organization is counting down to Super Bowl LVII by tackling food insecurity in school communities across Arizona. GPS was chosen to be the second district in the state to receive these carts along with milk coolers, point-of-sale technology units and an NFL Flag-in-Schools kit.

GENYOUth teamed up with the ISA Foundation, Dairy Council of Arizona and the Arizona Super Bowl Host Committee for the donation to GPS. A kickoff celebration was held at Harris Elementary, one of the recipients of the breakfast carts. More than 400 students, families and staff were welcomed at the event, which featured a ribbon-cutting ceremony, costumed characters and guest appearances by Former Arizona Cardinal Frank Sanders, Gilbert Mayor Brigette Peterson and GPS Superintendent Dr. Shane McCord.

Harris Elementary is a Title I school, with 76 percent of its student body eligible for free and reduced meals. A majority of Harris students eat breakfast on campus. Since Harris started offering breakfast in the hallway to students on their way to class, the school has seen a decline in tardiness, reports of stomach aches and behavioral problems. The new grab-and-go breakfast carts and meal equipment will help Harris reach more students in the years to come. 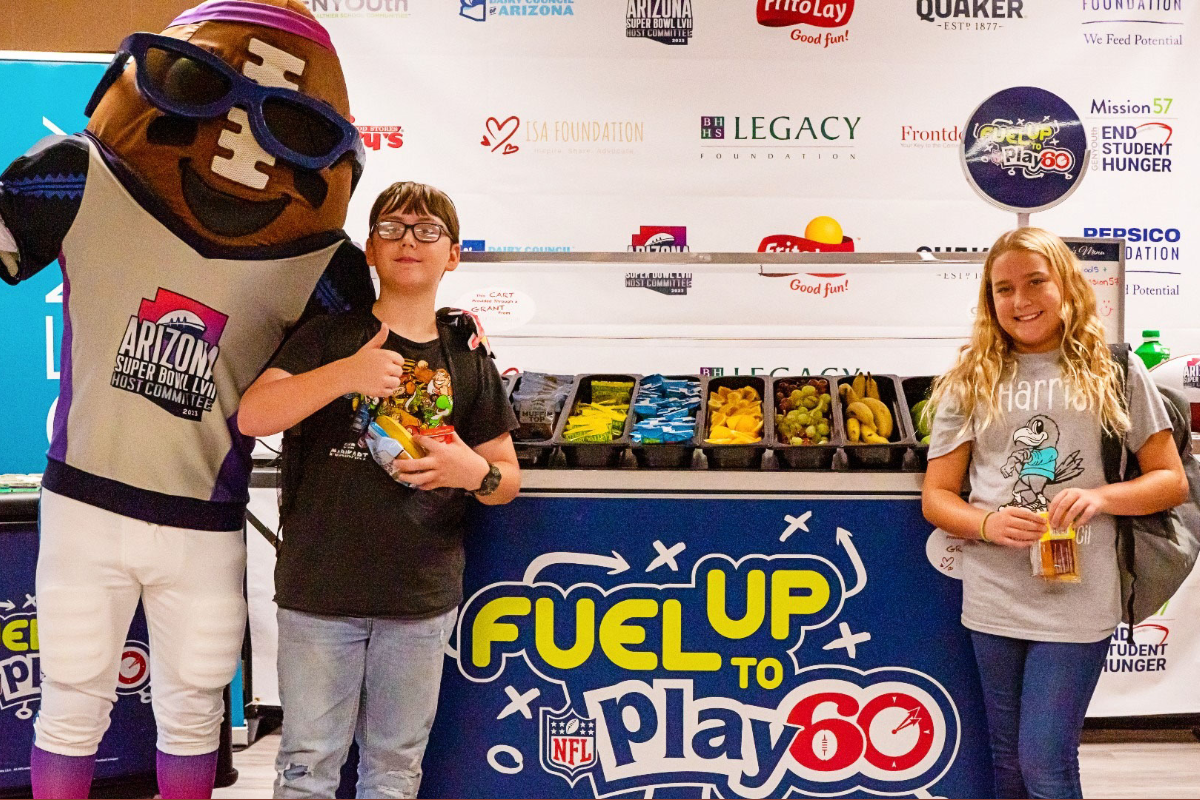 The remaining 10 new breakfast carts will go to GPS elementary and secondary campuses with the highest need. The schools will be determined based upon the number of students who qualify for free and reduced meals. The hope is that breakfast participation will increase on these campuses and fewer students will go hungry.