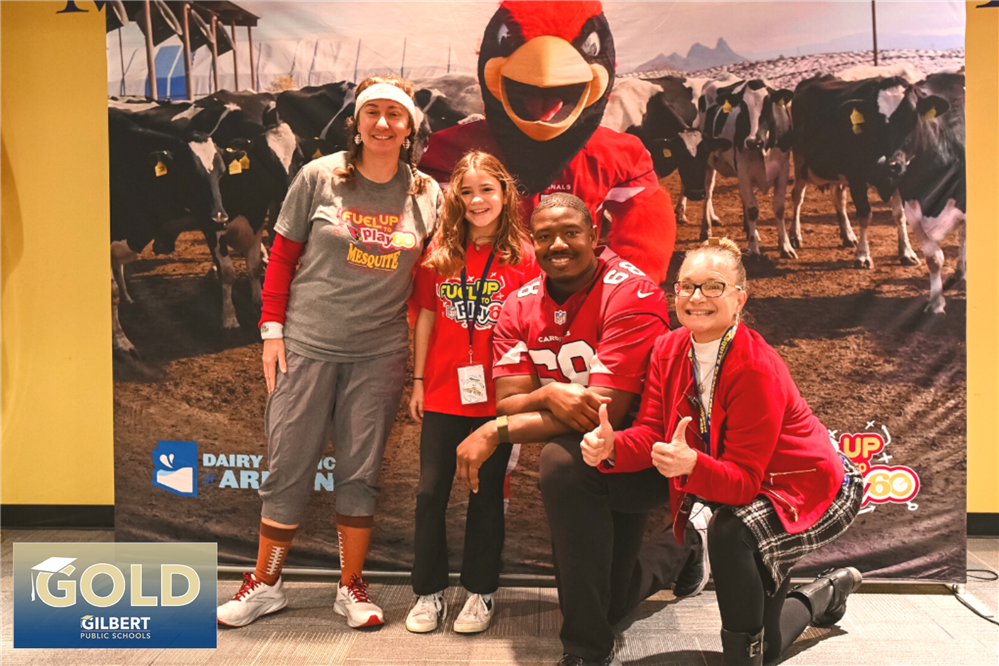 One of our very own members of the GPS family will be front and center during Super Bowl week in Glendale, Arizona. Sixth grade student, Julia Crossley, from Mesquite Elementary was chosen as the NFL Play 60 Super Kid. As the official NFL Play 60 Ambassador, Julia will participate in several community events in the days leading up to the big game. She’ll share the behind-the-scenes scoop as well as her player and celebrity interviews on Good Morning America. She will also be recognized during the second half of Super Bowl LVII at State Farm Stadium on February 12.

Crossley was nominated for the incredible honor by Mesquite Elementary Physical Education teacher Morgan Pardy, who is also the advisor for the school’s Fuel Up to Play 60 program. The national initiative sponsored by the NFL focuses on increasing the wellness of young fans by encouraging them to eat healthy and be active for at least 60 minutes a day. Play 60 has been implemented in more than 73,000 schools across the country.

The program has been at Mesquite Elementary for a decade. Fourth through sixth grade students are involved in the Fuel Up to Play crew. They get to plan events for the entire school and community, including a breakfast cook off, food tastings, jingle jog and turkey trot. Crossley has been very involved in the program and attends many events.

When asked to nominate a student for the Super Kid honor, Pardy chose Crossley for her outgoing personality, ability to speak in front of crowds, love for flag football and her involvement in the Fuel Up to Play program. Crossley was one of three finalists in the competition. Mesquite Elementary held an assembly on campus to surprise her with the news. Cardinals player Kelvin Beachum, cheerleaders and Big Red attended the event. The big announcement, where Crossley learned that she had won the competition, took place live in New York City at the Good Morning America studios on Monday, January 16.