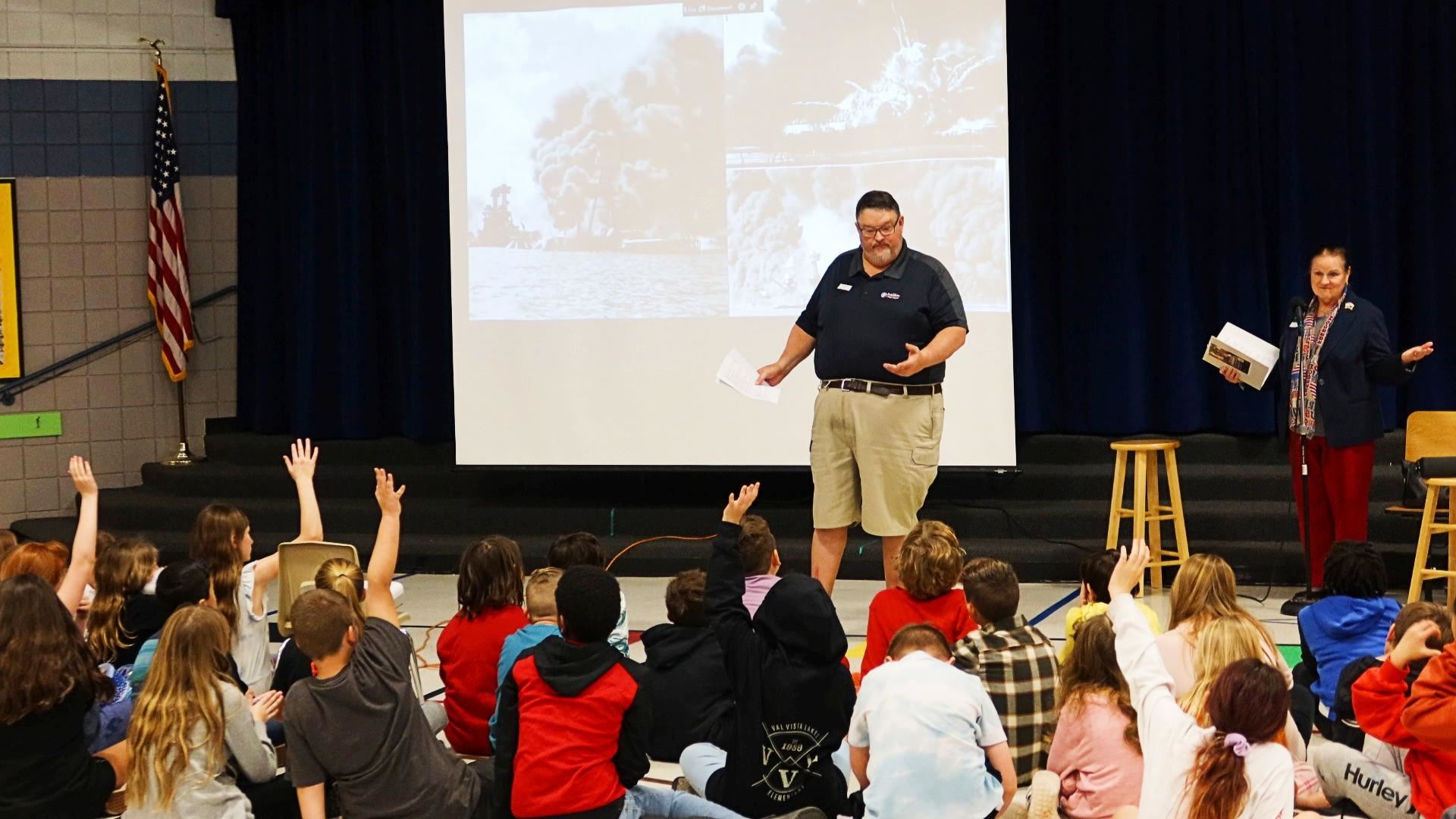 We will never forget. On December 7, 1941, Japanese forces attacked the Pearl Harbor naval base near Honolulu, Hawaii. Nineteen American naval vessels were damaged or destroyed that day, including the USS Arizona battleship. More than 2,400 Americans tragically lost their lives and at least 1,000 more were wounded in the attack. Every year, Americans across the mainland as well as Hawaii remember the events of that day and honor the lives lost through special ceremonies, presentations and parades.

This year, Gilbert Public Schools students and staff took part in tributes in Gilbert and Hawaii. Locally, several GPS elementary schools held presentations for students, where they learned about the history of Pearl Harbor from veterans and service organizations.

“We all owe a deep debt of gratitude to these people,” said Catherine Griffin Panella, a member of the National Society Daughters of the American Revolution.

Griffin Panella and Jim Schorie, a veteran, spoke to fourth graders at Val Vista Lakes Elementary. They shared the incredible story of Donald Stratton, a Navy sailor, who survived the bombing of the USS Arizona. He was helped to safety by another sailor named Joe George. George disobeyed a direct order to cut the rope between the USS Arizona and the USS Vestal during the attack. That rope is what Stratton and four other sailors used to escape the flames. 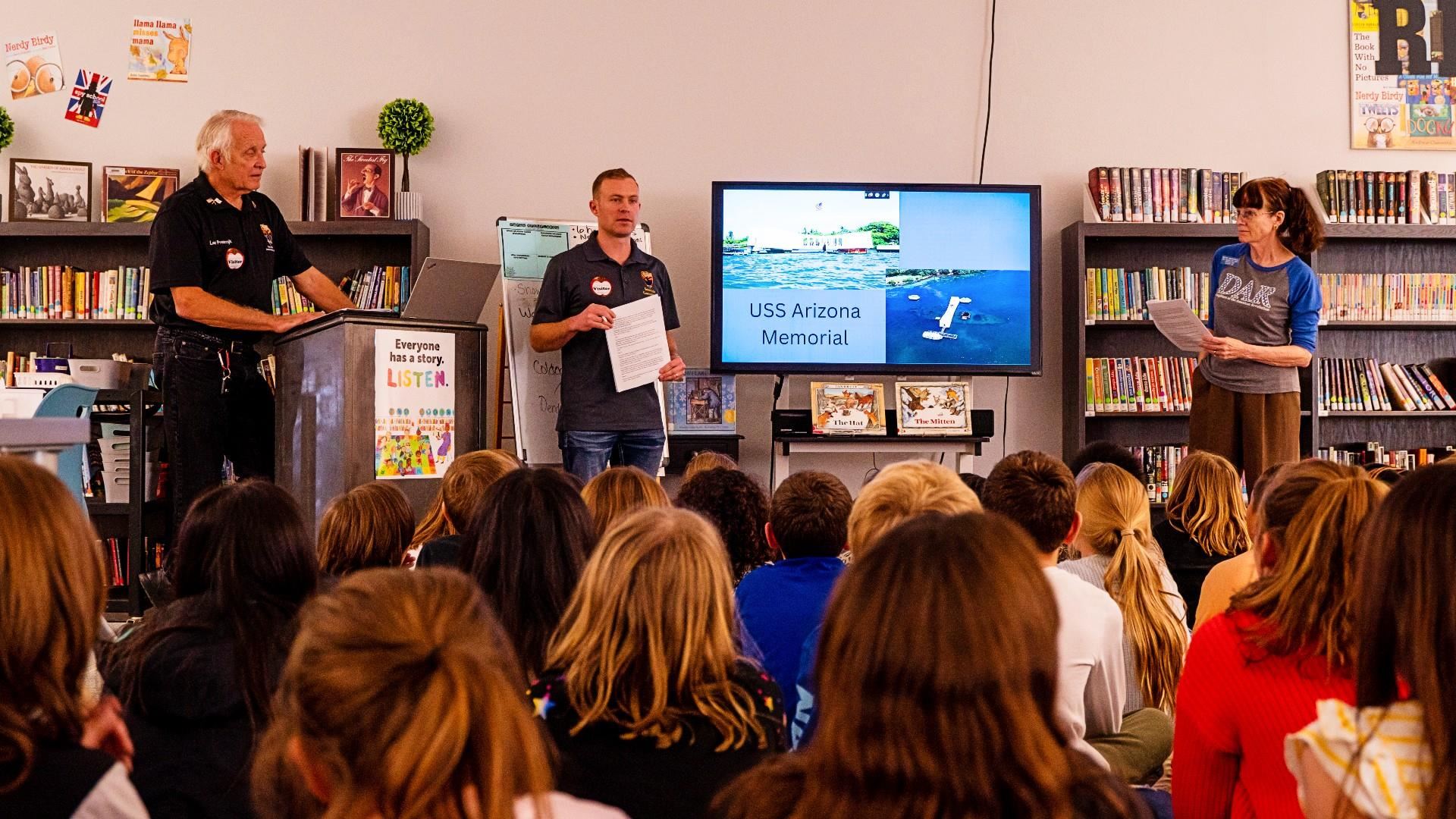 The students also learned about the work being done to build a new USS Arizona. Crews are building it right now in Connecticut. It is a Virginia class fast attack nuclear submarine, making it the first of its kind. The new USS Arizona will also be able to launch smaller submarines containing Navy Seals for secret missions. Nikki Stratton, the granddaughter of Donald Stratton, is the ship’s sponsor, and she chose the Town of Gilbert to be the ship’s new host.

“The future nuclear submarine will play a big part in Gilbert’s future. In 2020, Gilbert was named host town for the sub and will play host to a number of events in the coming years,” Stratton said.

The new USS Arizona submarine will be christened in 2024 and will feature a nod to the Town of Gilbert. A bottle of root beer from Joe’s Real BarBQue will be used to christen the ship. As the host town, Gilbert will also support Nikki Stratton as needed and host sailors from the USS Arizona. The ship is expected to be commissioned in 2025.

In Hawaii, two of our GPS high school marching bands joined musicians and singers from all across the country for the Pearl Harbor Memorial Parade. Campo Verde High School and Desert Ridge High School were invited to participate. The annual event pays respect to Pearl Harbor survivors, veterans, active duty military and their families. 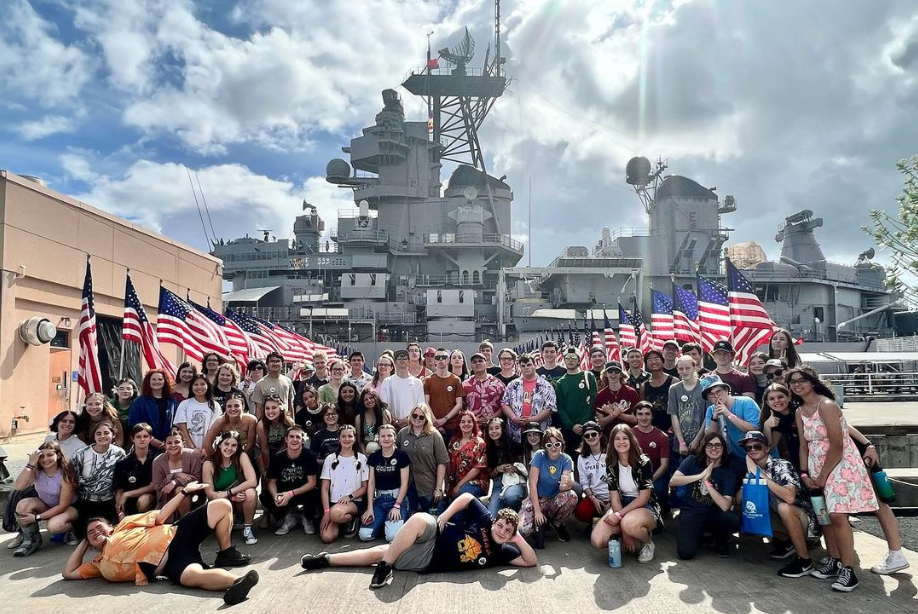 “Being selected to be a part of the Pearl Harbor Parade is an incredible honor for our program. The history and significance of the events on December 7 will never be forgotten by our nation, and I'm extremely thankful that our students, families and community get the opportunity to pay our respects through our artistic abilities,” said Matt Kozacek, director of bands for Campo Verde.

In addition to the parade, participating bands also performed at one of the featured venues. This year’s venues included the Polynesian Cultural Center, Arizona Memorial Visitor Center, USS Bowfin and the USS Missouri. This was Desert Ridge High’s second time attending the parade. The trip is made possible through the generous support of GPS families and community members. Director Stephanie Campbell believes the experience creates lifelong memories for her students, and it also provides them a chance to identify with history.

"It's that moment where the student connects what they hear in the classroom with reality that is amazing to see or watch," Campbell said, “That's what is meaningful to me." 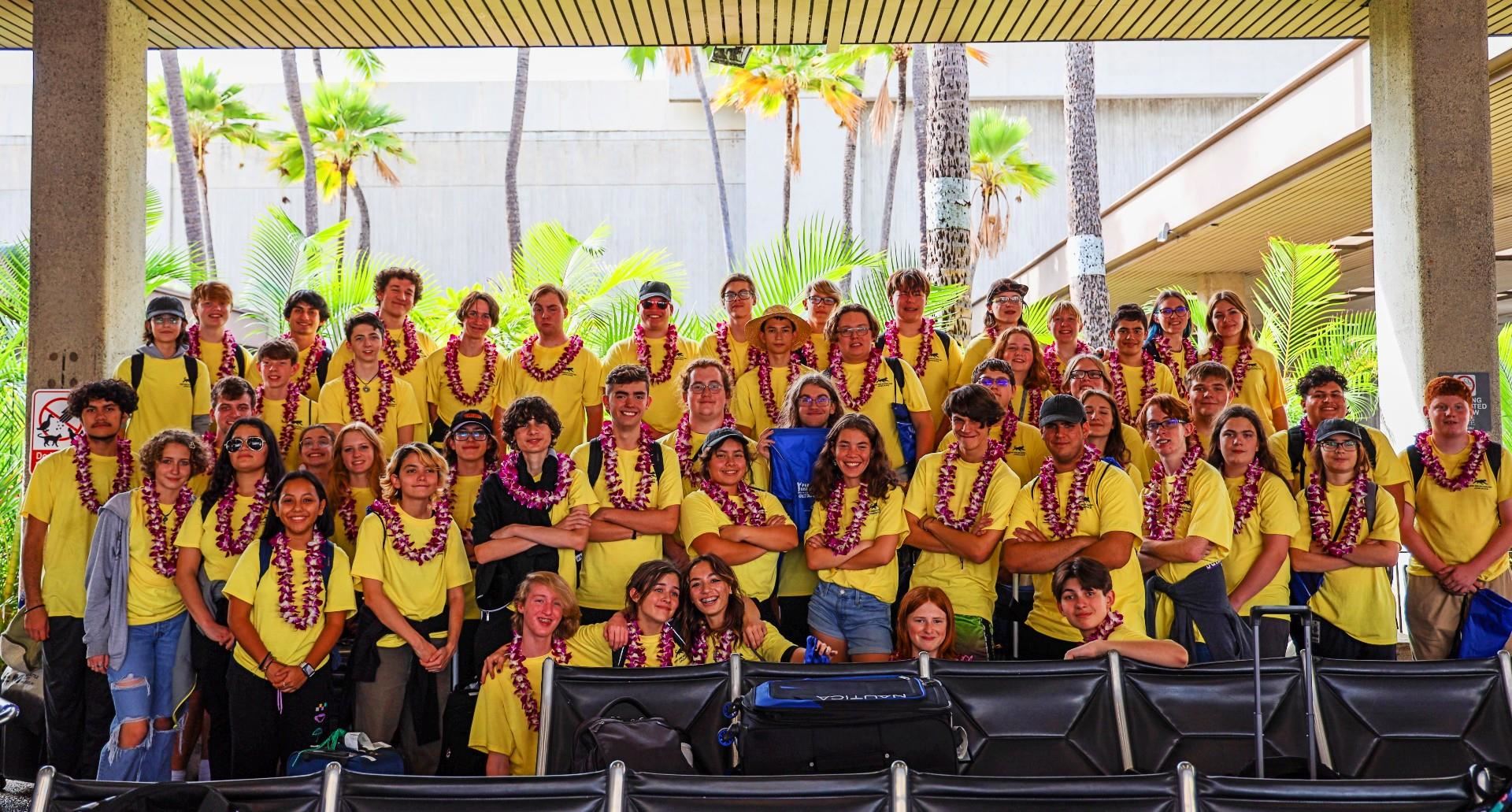 There were 86 entries in the parade this year, including our two GPS marching bands.  Performances included new music and patriotic songs for the occasion. The USS Arizona was represented by a banner and a replica ship.