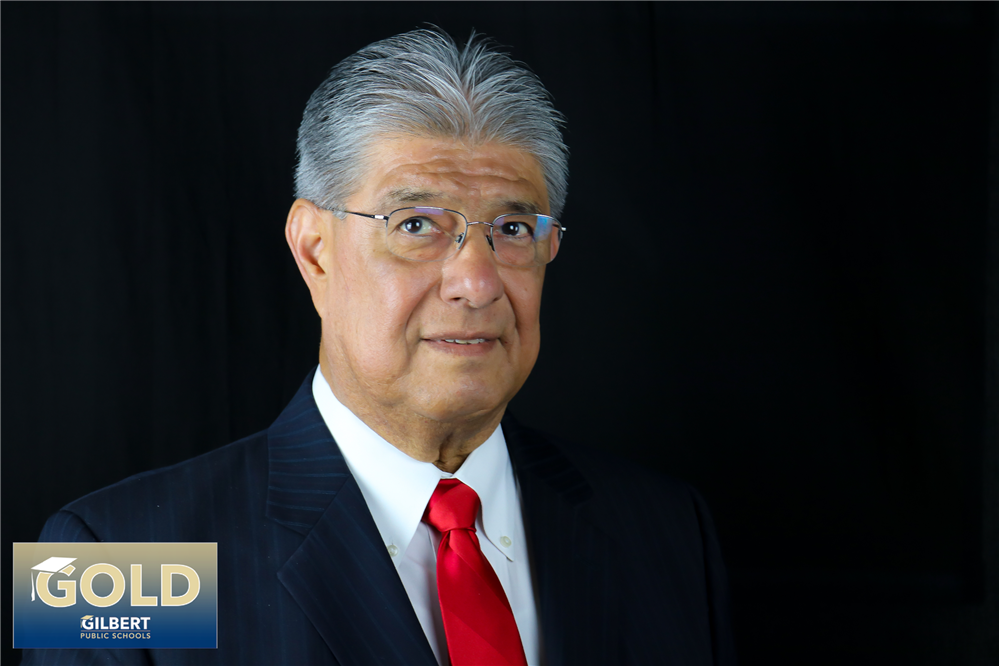 Nearly half a century of service and sacrifice. There are very few people in this world who can say they’ve dedicated the majority of their lives to advocating for students, families and educators. Dr. J. Charles Santa Cruz is one of those incredible people. He is a humble community servant, an effective leader, an innovative educator and a lifelong learner. He represents the best of us, and with his heart of gold, he has served Gilbert Public Schools and this community selflessly for the last 48 years.

His impact and legacy in the world of education expands far and wide, having taught generations of students in the East Valley over the course of his career. Dr. Santa Cruz began working as a teacher in Tempe in 1974. He pursued a career path in education after being inspired by several of his own teachers.

There were a few bumps at the beginning of his career, including fears that his teaching position would go away. At one point, Dr. Santa Cruz found himself working on a mid-year teaching contract, and it wasn’t clear if the same position would be available the following year.

“I began to look at other areas in the public sector. I was probably looking more at human resources and things in that area, but nothing ever materialized. I never pursued it aggressively, because I was hoping that something would happen [with the district],” he said.

Fate would ultimately work in his favor, because he ended up being offered a full-time position. Dr. Santa Cruz truly enjoyed his time interacting with students. He got involved outside of the classroom, serving as the Student Council advisor and an announcer for basketball and football games. He also supported the needs of his colleagues by getting involved with the teachers' association, eventually going on to become president of the organization for several years.

“The idea of community service really wasn’t the focus. It was more the passion for interacting with people and making changes in the societal structure, and that’s where I felt I could have the greatest impact,” he said.

After he settled into teaching, he enrolled at Arizona State University to pursue his master’s degree, with the hopes of moving up into an administrative and leadership role. After completing his program and graduating, he began the search for open positions. The personnel director of Tempe Union High School District, also a good friend, was honest with him, telling Dr. Santa Cruz that it might be some time before an administrative role became available. Although he didn’t want to see Dr. Santa Cruz leave the district, he connected him with Paul Huston, the director of personnel at Gilbert Public Schools.

“I’m a native. I’ve lived here all my life. Up until that time, I had never been to Gilbert,” Dr. Santa Cruz said.

The two met for lunch and discussed the possibilities. Huston encouraged Dr. Santa Cruz to apply for a job, and it was off to the races from there. In 1981, he was hired to be the assistant principal of Gilbert High School, overseeing the registration process and curriculum. He did so well in the role that Superintendent Dr. Wally Delecki called and offered him a transfer to Gilbert Junior High. Dr. Santa Cruz had never worked with that age group of students and was hesitant about the position. With Dr. Santa Cruz’s sights set on becoming a principal one day, Dr. Delecki explained to him that it would be in his best interest to get the experience at a junior high school.

“As fate would have it, the principal and the assistant principal at Gilbert Junior both resigned from the district, so I was going to be the only administrator at that school,” he said.

The circumstances caused concern, but it wasn’t long before district leadership came up with a plan. They hired Paul Huston as interim principal for Gilbert Junior High. The two men worked together that school year, with Huston leading the school and Dr. Santa Cruz focused on writing and putting new campus procedures in place. After Huston left, Dr. Santa Cruz served as principal of Gilbert Junior High for 10 years.

“I had a dynamic faculty who was very interested in trying to innovate a bit. We weren’t so innovative that we originated stuff, but we did the research and we came across an interdisciplinary teaming concept that we thought could work here,” he said, “We saw a great deal of success in student performance and teacher collaboration.”

Gilbert Junior High would become an accredited school under his leadership. He would go on to serve on committees across the district focused on various topics such as curriculum, safety, budget and policy. As the district prepared to build the new location of Gilbert High School on Elliot Road, Dr. Delecki once again called on Dr. Santa Cruz for help. He was asked to take part in a committee to help make the transition easier for students, families and staff. Gilbert High was facing a series of challenges at the time, as the community was rapidly evolving and changing. Dr. Santa Cruz’s leadership along with the other trusted committee members could be relied upon to help ease the tensions.

“I got to do a myriad of things that in a larger district I wouldn’t have had the opportunity to do at such an accelerated pace. I learned a lot,” he said.

In 1992, Dr. Santa Cruz applied to become the principal of Gilbert High and was hired for the position. He returned to the flagship school and served as principal for two decades before retiring in 2012.

“I thought I would just kind of ride into the sunset and forget about it, and do whatever old people do,” he said.

That would not be the case, at least not for long. In 2013, Dr. Santa Cruz made the decision to run for a four-year seat on the GPS Governing Board that would be vacant the following year. His decision to enter politics was not made lightly. There were some changes occurring that troubled him, and he was worried about the future of the district and the impact on students. His campaign was based on returning the district to “those foundational principles that made Gilbert Public Schools a shining example of an educational system.” As a candidate, he wanted to be “a voice of rational and responsible leadership” and continue his devotion to GPS students, employees, educators, parents and taxpayers.

“I still had some associations with people in the district. I spoke with a couple and told them that I might run for the Governing Board. They became very interested,” he said, “I thought well the least that could happen is that I don’t get elected, so let’s give it a try.” 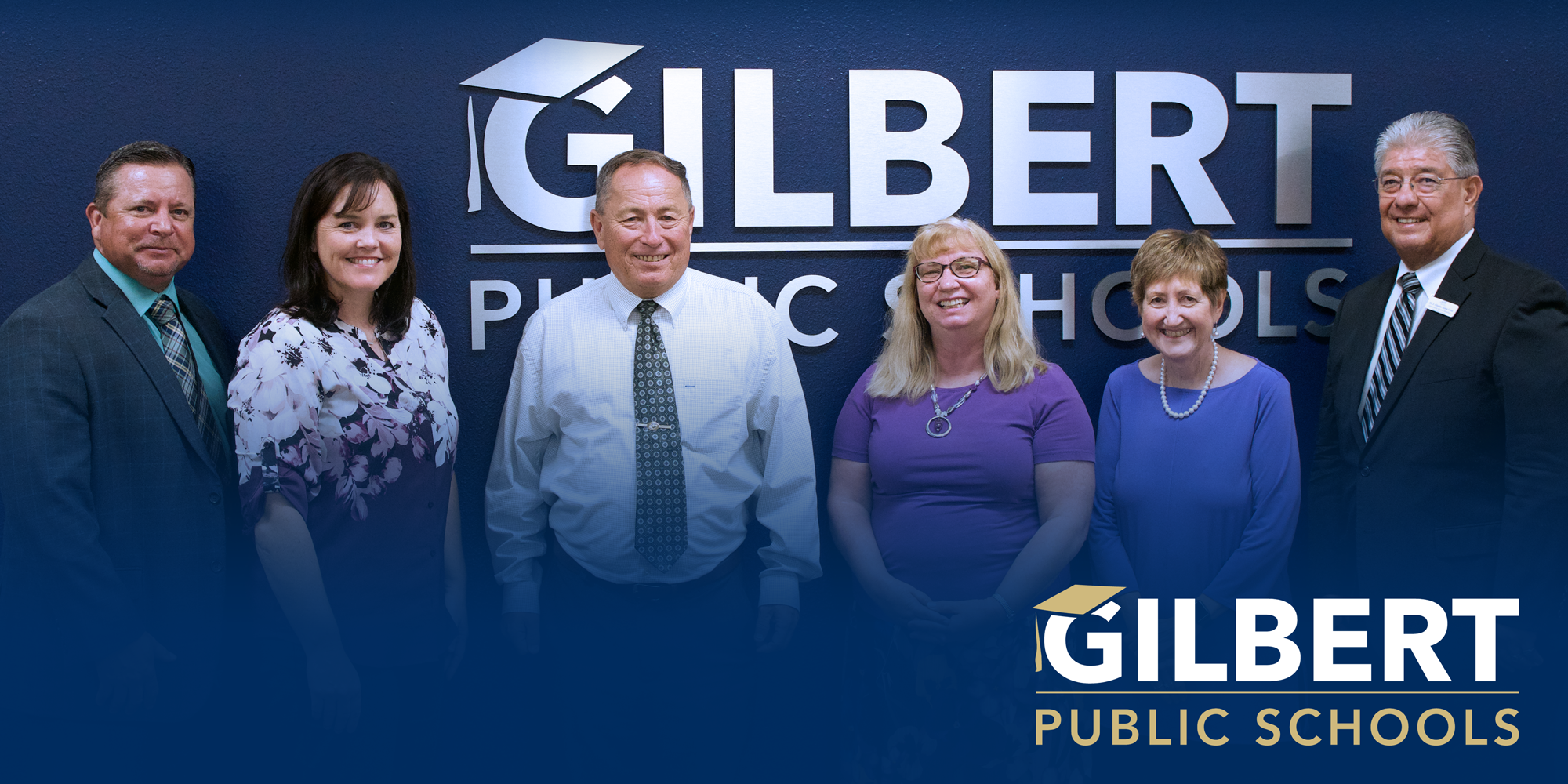 He was elected and ultimately served eight years on the board. His final term came to an end in December 2022. Dr. Santa Cruz took some time to reflect on his years as a Governing Board member while looking at one of his old election handbills. He’s most proud of the fact that he kept all of his campaign promises, especially those promises regarding the district’s budget and public relations.

“I was really pleased to see that, because oftentimes people who run for office make promises that they either don’t keep or can’t keep, and I was fortunate that all of the things that I said, we did, and we are still doing,” he said.

The Town of Gilbert has grown rapidly since his first days with the district. The population has boomed from roughly 7,000 residents to 270,000. In those early years, Dr. Santa Cruz found himself wondering whether he’d made the right decision to move, because Gilbert was so different from his hometown. It wasn’t long though before he saw the town’s potential.

“Wally and I would talk on occasion, and I would say “you know one of these days this town is going to explode and it’s going to be huge,”” he said.

Being part of the community’s growth and helping the district continually move forward is what helped motivate Dr. Santa Cruz over the years. He also relied on the support of those around him, including a long list of mentors and colleagues who inspired him daily.

“I can’t thank those people enough,” he said.

There are so many people who are grateful for the role that Dr. Santa Cruz played in their lives. They have valued his wisdom, kindness, leadership and calming spirit. In early December, Gilbert Public Schools held an employee celebration. Dr. Santa Cruz attended the event, and Superintendent Dr. Shane McCord took a moment to honor him. The two began working together back in 1999 when Dr. McCord was hired as an assistant principal at Gilbert High. As a former sixth grade teacher, Dr. McCord joked that he had no clue what he was doing at the time.

“I would have never changed that experience for the world, and it was because of his leadership that I got to be where I’m standing today,” Dr. McCord said.

Dr. Santa Cruz’s legacy in education will carry on through many students and staff members. It will also carry on through his family. His daughter, Carla, is a teacher at Towne Meadows Elementary. Dr. Santa Cruz along with his wife, who is also a longtime educator, have set the foundation for Carla to thrive.

“I try to let her be her own person, and she is. She is quite strong and direct in her approach. I’m just in awe of her, because she is well-respected within the circles that she runs with her colleagues and her school,” he said.

Dr. Santa Cruz isn’t quite sure what’s next. He’s considering a possible return to music. The drummer has been playing in bands since junior high school in 1965. In the last decade or so, he reunited with some of his buddies to play a few high school class reunions. Most recently, the conversation came up again with an old friend.

“If time permits, I may do a little bit of that and continue the music stuff,” he joked.

As for the future of GPS and the Town of Gilbert, Dr. Santa Cruz hopes the next chapter means more success and progress.

"I continue to wonder and hope this community and school district continues along a path of excellence, inclusion and care for all of its members," he said.