Fifth graders cap off their year with Shark Tank competition 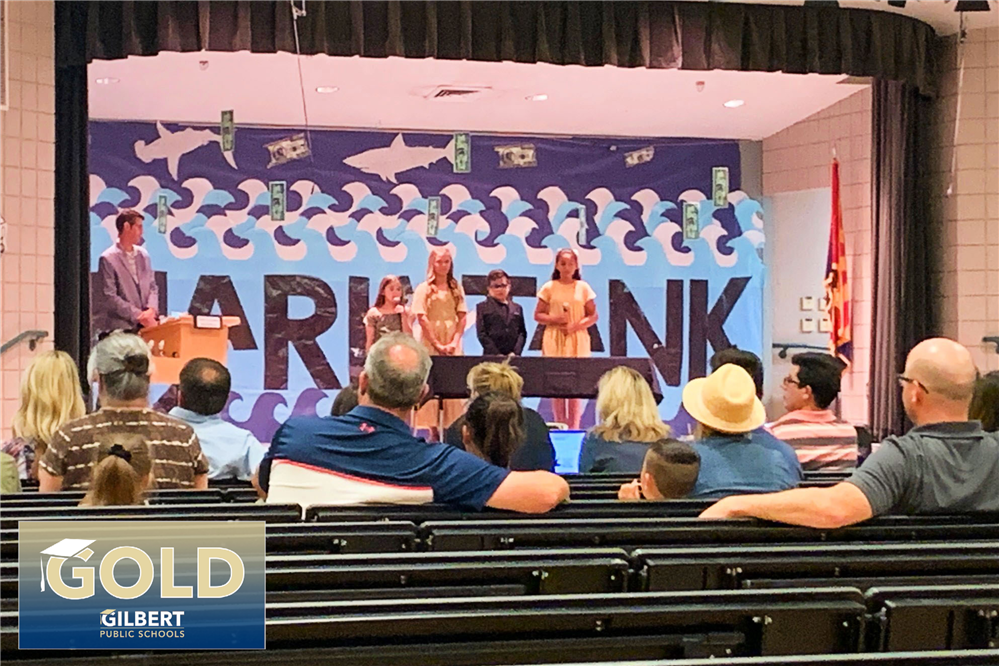 Do you have what it takes to swim with the sharks?

Fifth graders at Quartz Hill Elementary fearlessly dove into the Shark Tank. They presented their original products before a panel of judges and their families, in hopes of landing a profitable deal and being named the Shark Tank winner.

The competition was modeled in the same way as the hit TV show. However, the stage at Quartz Hill had a bit more creativity. It was decorated with blue waves, white sharks, and green paper money hanging from the ceiling. The students dressed in formal wear or team shirts, and they walked to the stage with the show’s theme music playing in the background. Every competitor meant business.

Jon Castelhano, the executive director of Technology Services for Gilbert Public Schools, was the host of the evening. There were guest judges from GPS, including Superintendent Dr. Shane McCord. Captain Adam Hellmann, a paramedic with the Gilbert Fire Department, also served as a judge. Two former winners of the school’s Shark Tank competition, Zach White and Levi Shaw, returned to be student judges.

The groups pitched a wide range of products this year. Some were life-saving, like the Drowner Flounder, an alarm-equipped floatie device, while others were convenient like the Magic Harness. The harness for dogs of all sizes features pockets for storing items like cellphones, keys, and trashbags to make walking your furry friend easier. The young entrepreneurs also focused on service by committing to donating some of their profits to several charity organizations, such as the ASPCA, Phoenix’s Childrens, and Shoes That Fit.

Each group’s presentation included details about their product, why they think there is a market for it, their plan for production and promotion, and their first commercial. After the pitch was over, they demonstrated their products to the judges and the bidding war began. The students received multiple offers and every group walked away with a deal, but there could only be one winner of Shark Tank. This year’s winner was Sole Switchers. The group’s shoes came with interchangeable soles for different types of events. Dr. McCord and all of the judges were truly impressed by all the students’ creativity. 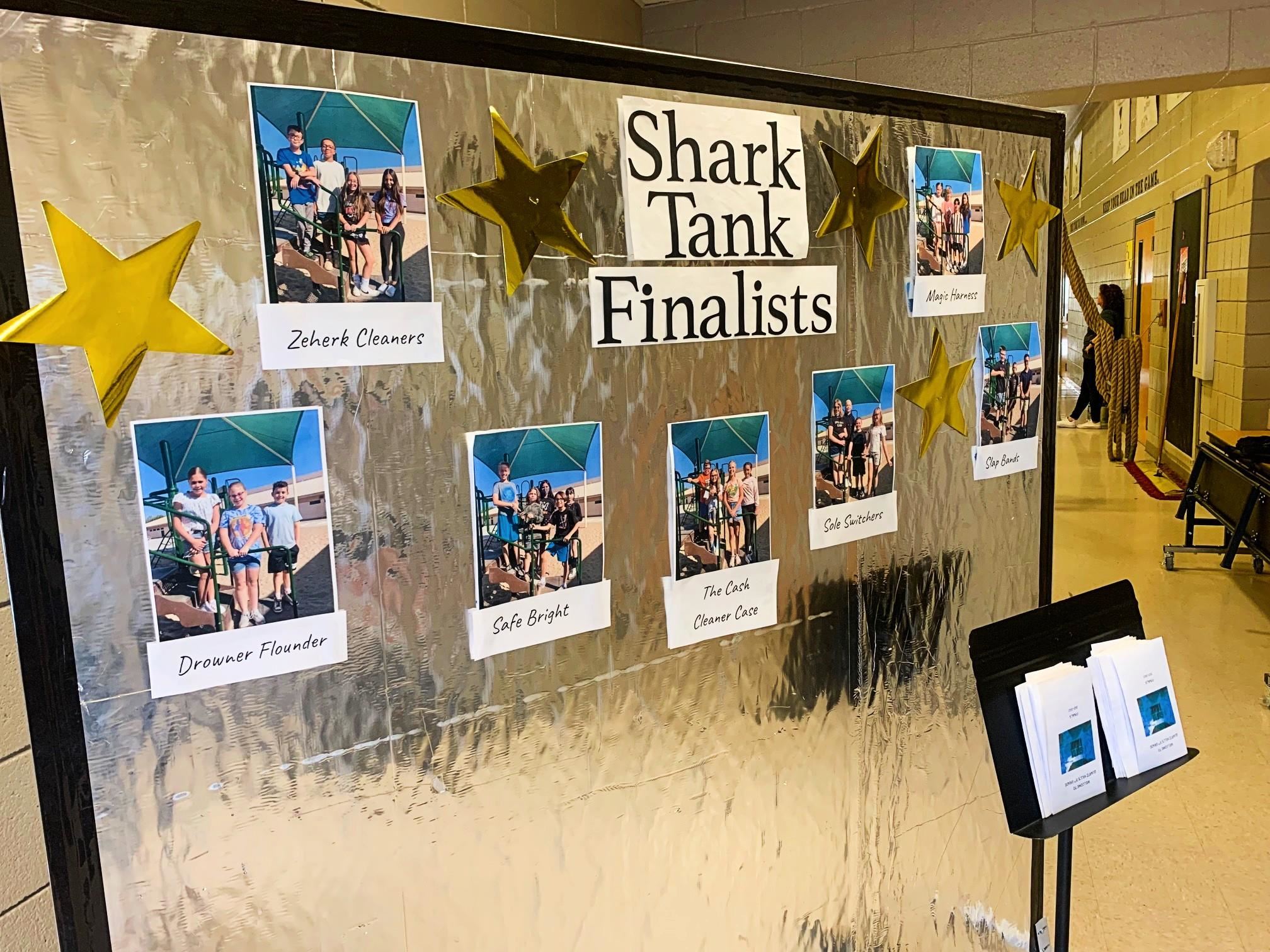 “Families, this is exactly what we mean when we talk about innovation at Gilbert Public Schools,” Dr. McCord told the crowd.

Every student did a phenomenal job. Special thanks to their teachers, Ms. Lori Livingston, Mrs. Vauna Clifford, and Mrs. Shannon Dukes, who coached them through the entire process. Quartz Hill is also grateful for the incredible support of the families who helped put the event together.

To learn more about Quartz Hill Elementary and the programs offered at the school, schedule a school tour or enroll today!