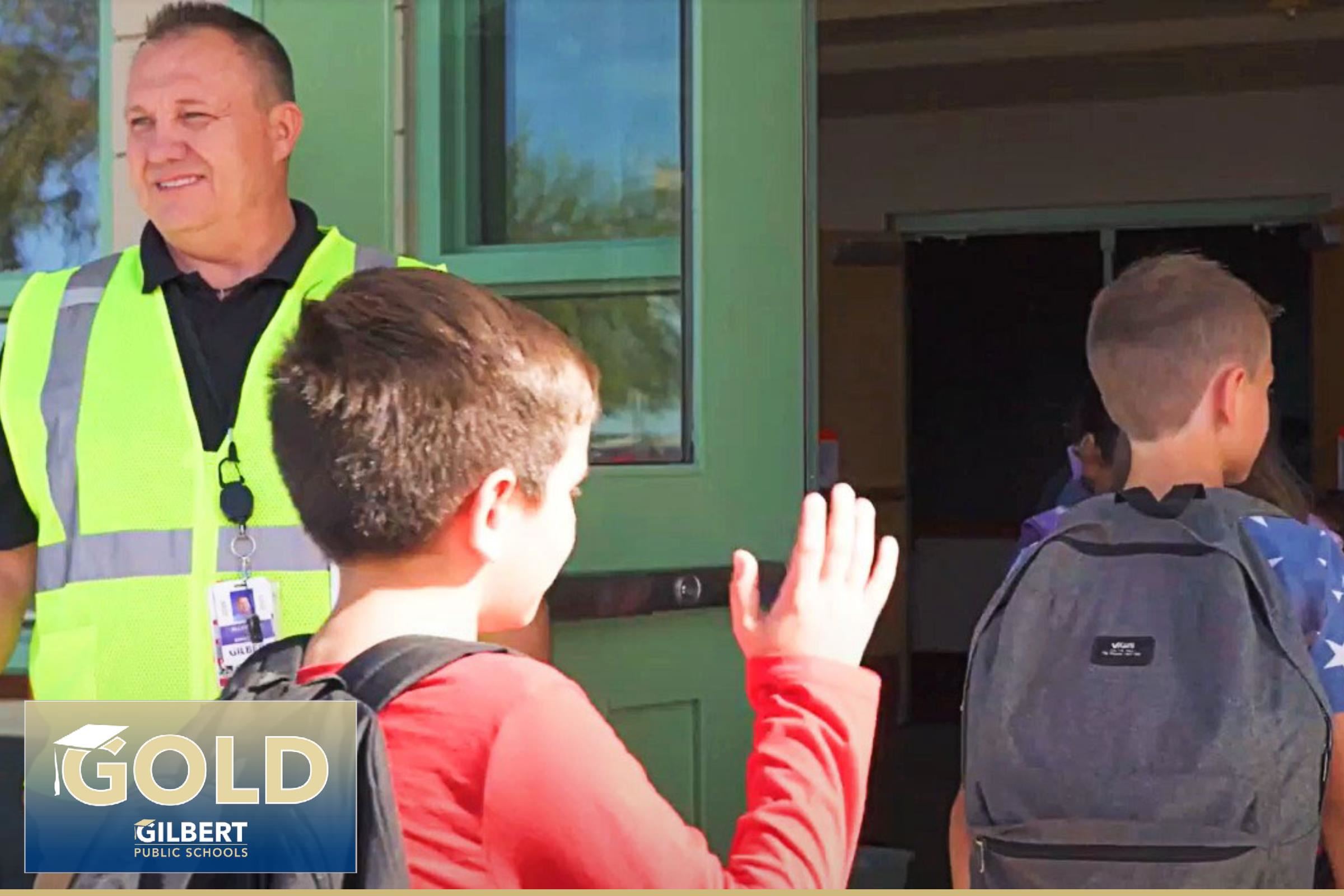 Those are words that Allen Cain lives by.

“Sometimes being safe is not always the most convenient or most popular course of action, yet I try to find a balance,” Cain said.

The Director of Safety & Security for Gilbert Public Schools works diligently every day to ensure that students and staff are protected from harm and danger. He’s made great progress over his four years with the district, and now he is being recognized nationally for his efforts. Cain is one of six finalists for the 2022 K-12 Campus Safety Director of the Year award from Campus Safety magazine. He is the only finalist representing the state of Arizona.

“Although unnecessary, I appreciate it. It is nice when your hard work gets recognized. I really thank Sandy for covertly submitting it,” he said.

Cain was nominated for the honor by Sandy Christie, the Administrative Assistant in Safety & Security. The two have worked together for just over a year, and Christie says she is truly impressed with Cain’s commitment to his job.

“For the last year, I’ve just seen all the changes he made. As a former parent who had three students go through the schools, I wish he’d been here then. He just cares so much,” she said.

In order to be considered as a nominee, Cain had to demonstrate several qualities, including outstanding leadership and management abilities, fostering excellence in community relations, and developing new safety initiatives that solved long-term problems. One of Cain’s most exceptional achievements with GPS is the district-wide surveillance camera project on our school campuses.

“We’re moving quickly on it,” he said.

The high-tech enterprise system features cameras that provide coverage of the exterior and interior of school buildings. When the system is fully completed, there will be around 4,000 camera views monitoring GPS elementary, junior high, and high school campuses. Cain and his team will be able to monitor the district-wide cameras from his department’s office, while schools will be able to monitor their specific campus. It is considered one of the most advanced security operation centers in the state for K-12 education.

“I feel good that we’re making strides to improve safety,” he said.

Cain also worked alongside the district’s Operations Department to secure high school entryways and install fencing on campuses. He’s responsible for establishing the Tip Line, which allows someone to anonymously report personal issues, weapons or drugs on campus, and even the ability to submit compliments. Cain, who is a retired Chicago Police Sergeant, has also built strong working relationships with the Gilbert and Mesa Police departments.

“I think having that background and knowledge helped me forge stronger bonds with local police departments that we deal with in the school district,” he said.

Last fall, Cain successfully led several GPS departments in the district’s Reunification Exercise, involving Spectrum Elementary and Campo Verde High School. The exercise allowed the departments to put procedures and protocols into practice that would need to take place in the event of an actual emergency.

Cain’s nomination for the 2022 K-12 Campus Safety Director award is well-deserved. He joins a list of very accomplished finalists. The Director of the Year winner and runners-up will be announced in June at the Campus Safety Conference East in Bethesda, Maryland.

To learn more about the district’s safety procedures and protocols, or to connect with safety resources, visit the Safety & Security section of the Gilbert Public Schools website!