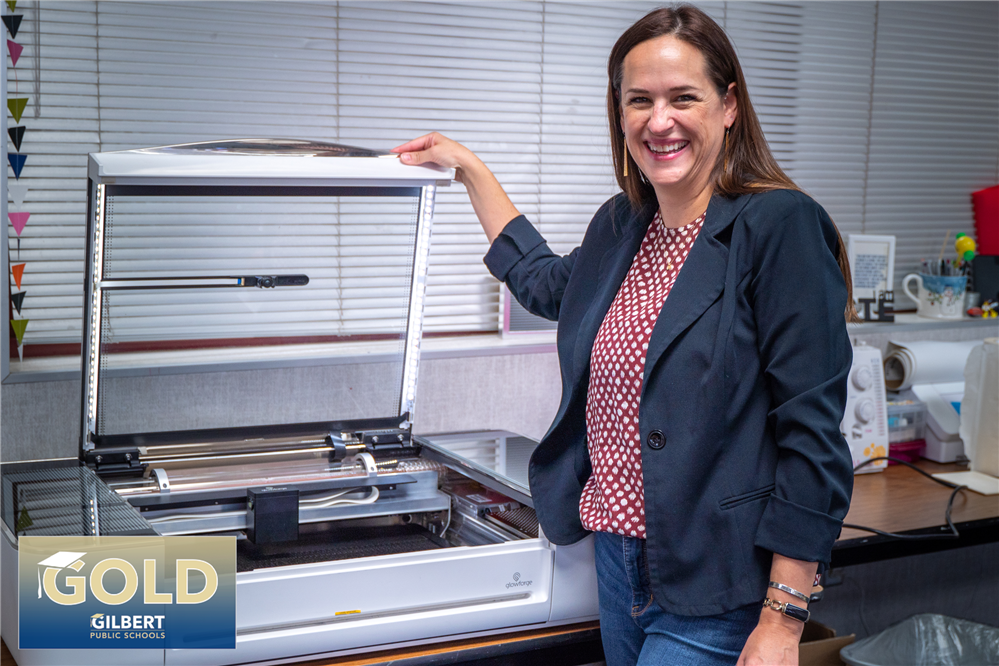 “I want to have a maker class and teach kids about the different things that they can do,” she said.

Most people have never heard of a Glowforge. Its popularity soared during the pandemic among small business owners on social media. Summerfield said before that it was a kickstarter project promoted mostly for crafting hobbyists. The printer is rarely used in schools, but it offers students a wealth of educational opportunities.

“It was just a win, win. It’s so exciting to be part of something like this,” said Theresa Dootson, executive director of the Gilbert Education Foundation (GEF).

GEF and Raytheon with the help of the Maricopa County School Superintendent’s Office, provided Summerfield with the grant funds to purchase the printer. She also used some of the money to attend a conference with other Glowforge users.

“I came home and my head was so full of information that I've been dreaming about lasers,” she said.

The Glowforge allows users to make a variety of items using different materials such as wood, leather, felt, fabric, acrylic, paper, cardboard and more. Students will have the ability to engrave items, do laser cutting and design original pieces. They’ll learn new skills, stretch their creativity and build upon their strengths.

“If the students are working in teams, you might have someone who comes up with the idea and another who is able to execute it,” Summerfield said.

The Glowforge will help integrate technology, math, engineering, design and more into Summerfield’s lesson planning. She’s already got several projects in mind, including designing journal covers, fabric pennants and a big project that will have students rethinking what they know about communities. The project idea is what helped Summerfield win her grants.

“We’re going to talk about how we are running out of space and resources. If we can’t spread out like we do here in Arizona, how do you go up and create a vertical city,” she said. 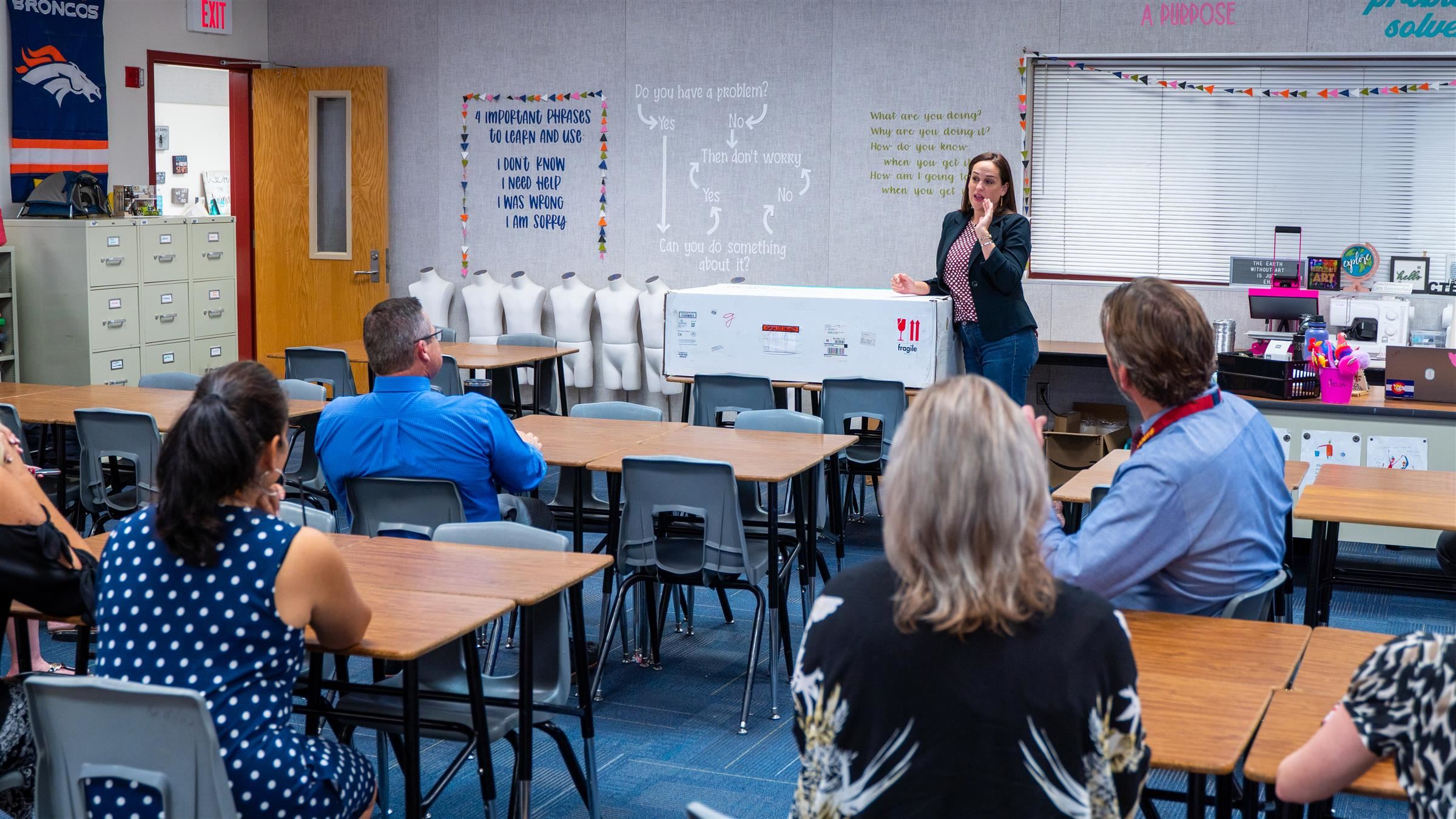 The class will have a grid wall and students in groups will create some aspect of a city such as a park, school, grocery store, or homes. The groups will make their own dioramas with pieces designed and cut out using the Glowforge.

“We’re going to introduce small projects in the beginning, so they accumulate and by the time we get to the community project they will have their pieces,” she said.

Summerfield held an unboxing for the Glowforge and invited special guests, including her school’s administrators, GPS Superintendent Dr. Shane McCord, Assistant Superintendent of Secondary Education Marcie Taylor, Maricopa County School Superintendent Steve Watson, representatives from Raytheon and Theresa Dootson of GEF. Summerfield will begin implementing the Glowforge into her classes right away, so that students can get comfortable with it.

“I’m hoping that they will really embrace the ability to play and, through that creation process, realize that it doesn’t have to work. There is a lot of learning that happens in that,” Summerfield said.

To learn more about Summerfield’s class or what other programs are offered at Highland Junior High, schedule a school tour or enroll today!