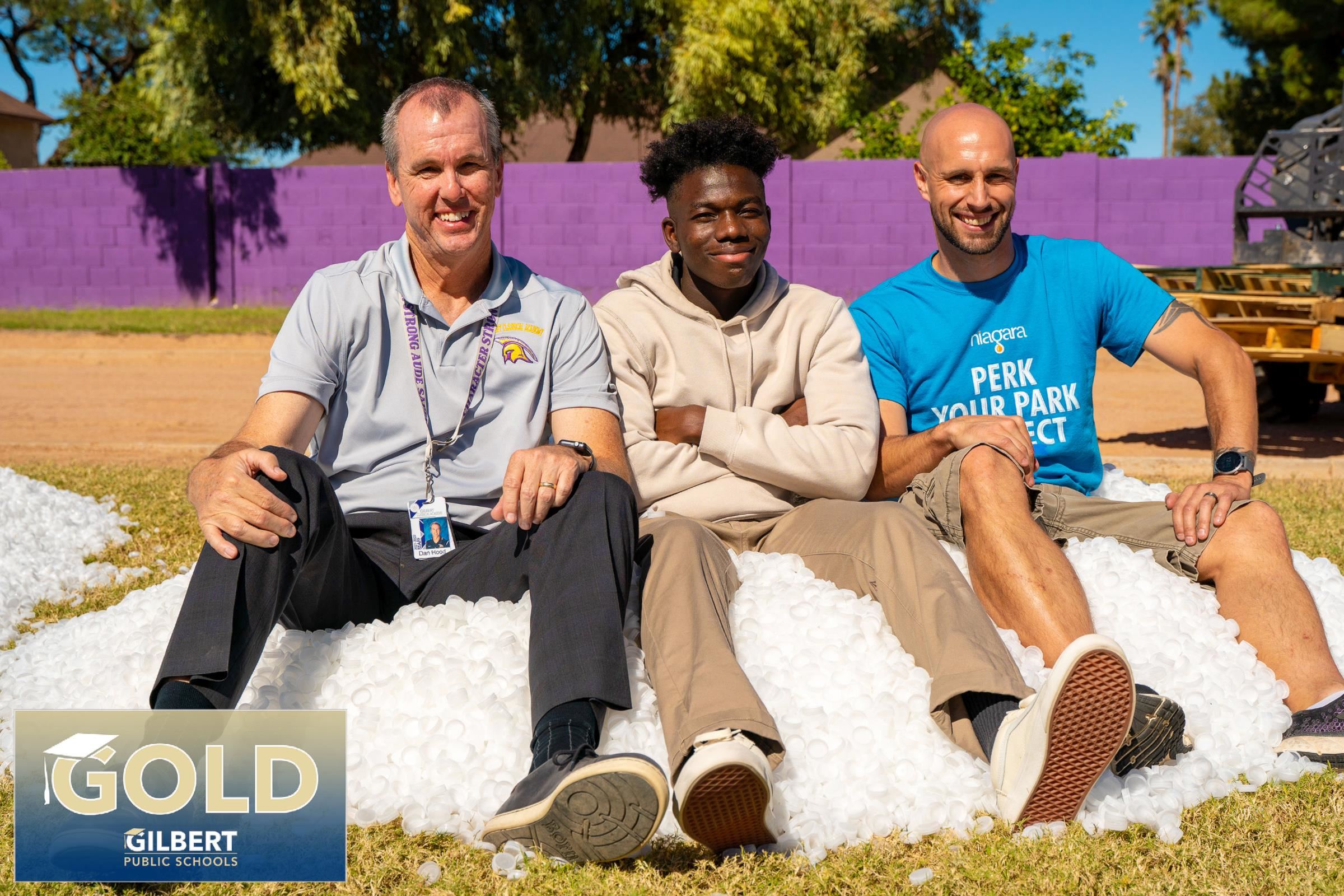 In just a few months, Jared Kennedy will graduate from Gilbert Classical Academy. The senior is already making plans for life after high school, but before he goes the 17-year-old is rallying his classmates around an incredible cause.

“I try to spread my time out and help in different areas,” Kennedy said.

Serving the community around him is a value he holds close to his heart whether it is feeding the homeless on the weekends with his family, or taking part in a service project at school. Kennedy believes everyone should want to give back in some kind of way.

“People need help, and you can help in many ways even just by collecting bottle caps from the water that you drink,” he said.

Kennedy is the creative mind behind GCA’s recent school-wide service project, where hundreds of students are collecting bottle caps for charity. The caps will go to Banco de Tapitas, a non-profit organization that recycles the caps and puts the resources toward helping children who are battling cancer in Mexico.

“It’s cool, because the school got involved. It shows what we can do. We’re not that big of a school, but we’re doing a lot for the community. It’s going to be pretty beneficial for a lot of people,” he said.

Kennedy along with Principal Dan Hood decided to turn the bottle cap drive into a friendly competition. The 26 student legions at the school competed for weeks to see who could collect the most bottle caps. The grand finale of the charity drive ended with a surprise relay race on the school’s field.

“I just thought it was a great cause and a fun activity. We have bottle caps everywhere,” Hood said. 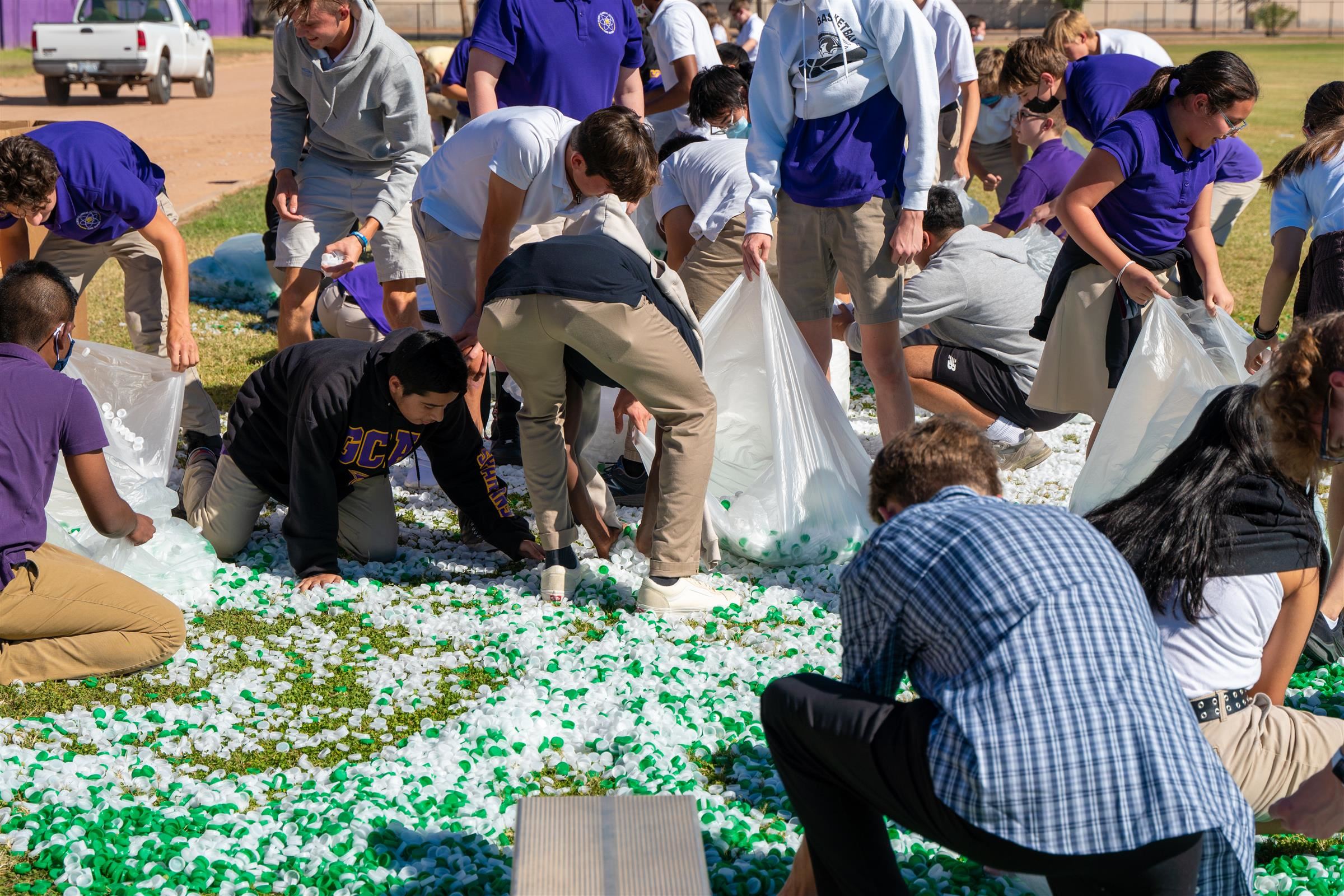 Niagara Bottling in Mesa heard about the bottle cap drive and decided to get involved. The company donated thousands of bottle caps to the school for the big relay race.

“The opportunity to give back it just means a lot. We have people at the plant who come from Gilbert Public Schools. We have students enrolled in the schools,” said Andrew Clayden, a production supervisor with the company, “Just being involved and giving back to a district that’s given so much to us is just really important.”

On the day of the surprise relay race, students filed out of GCA to the school’s field where thousands of bottle caps were divided up into large piles. The students lined up in their legions and took turns racing toward the piles to collect as many bottle caps as possible. They stuffed large trash bags and their pockets full of caps. At the end of the race, the legion with the most caps earned points toward another school-wide event scheduled for the spring.