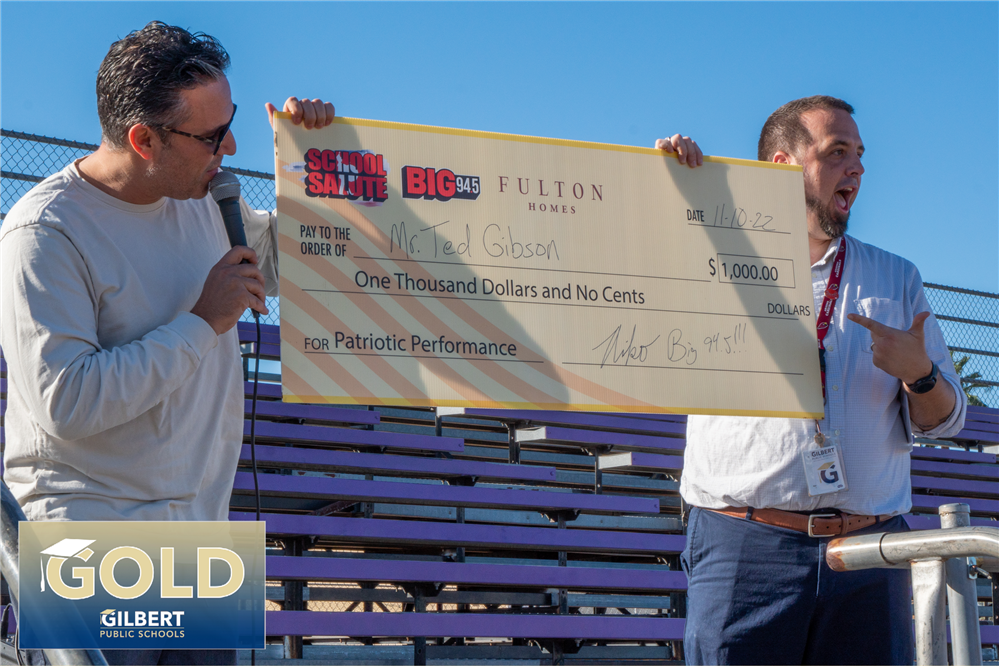 Gilbert Public Schools is always proud of the accomplishments of our GPS family. One of our very own was recognized by local radio station Big 94.5 and Fulton Homes. Ted Gibson, the director of choirs and the guitar ensemble at Gilbert Classical Academy, was
recently chosen for the monthly ‘School Salute.’ The initiative honors and celebrates music teachers across the Valley.

“In honor of Fulton Holmes and our School Salute, Mr. Gibson, here is $1,000 for your music program,” said Niko Petrou, host of ‘The Niko Show.’

The honor was a surprise to Gibson. GCA students, teachers and staff believed they were responding to a fire drill. While out on the school’s field, the student body was greeted by GCA Principal Dr. Dan Hood and Petrou, who called Gibson up to the bleachers.