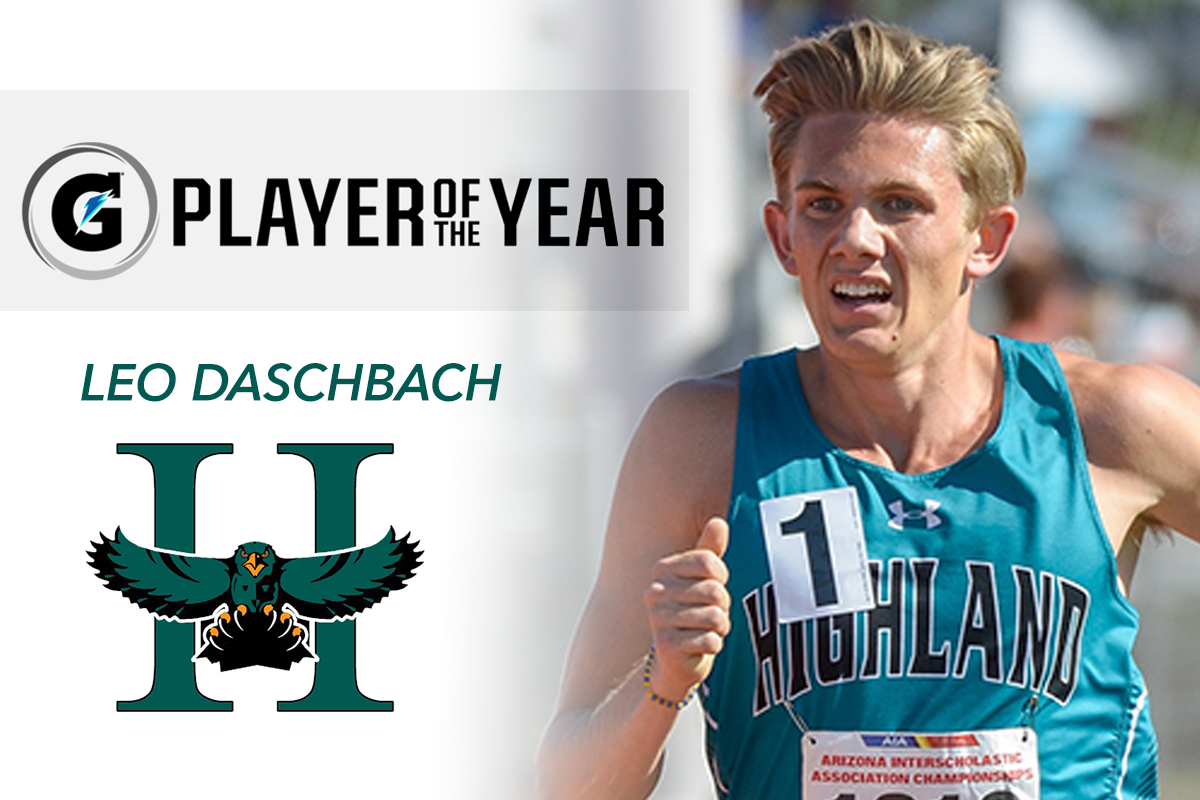 The state’s returning Gatorade Boys Track and Field Athlete of the Year, the 5-foot-10, 145-pound senior became the 11th high school runner to break the 4-minute mile this spring. Daschbach topped an elite field at the Quarantine Clasico in May with a time of 3:59.54, which ranked as the nation’s No. 9 clocking in history among prep competitors. Also, a two-time Gatorade Boys Cross Country Runner of the Year, Daschbach is a three-time AZCentral.com Athlete of the Year honoree. He won four state titles at the 2019 Outdoor Division 1 state meet and holds state records in the mile, the 1,500-meter run and as a member of Highland’s 4x800-meter relay foursome.

Daschbach participated in the Arizona Athletic Association Student Leadership Conference earlier this year. He has volunteered locally on behalf of youth soccer programs and as a peer math tutor. “Leo’s performance in breaking the 4-minute barrier is simply a snapshot of what he would have done had we had a normal track season,” said Chris Hanson, head coach of Desert Vista High. “I’m certainly glad we at least were witness to that, but am honestly disappointed that we missed out on so much more.”

Daschbach has maintained a weighted 4.31 GPA in the classroom. He has signed a national letter of intent to compete on an athletic scholarship at the University of Washington.

Since the program’s inception in 1985, Gatorade Player of the Year award recipients have won hundreds of professional and college championships, and many have also turned into pillars in their communities, becoming coaches, business owners and educators.

To learn more about the Gatorade Player of the Year program, check out past winners or to nominate student-athletes, visit www.Gatorade.com/POY, on Facebook at www.facebook.com/GatoradePOY or follow us on Twitter at www.twitter.com/Gatorade.