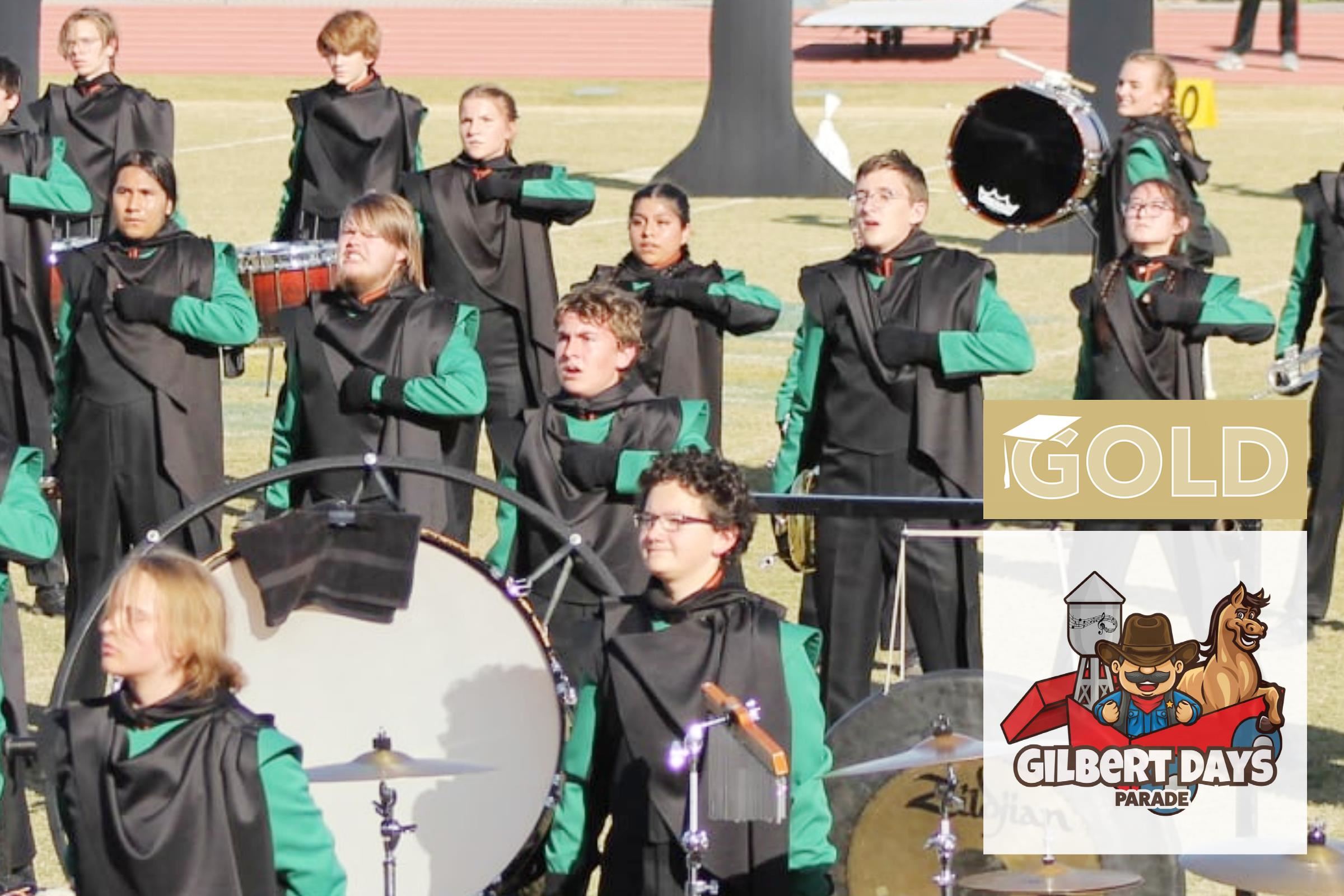 The Gilbert Days parade is less than two weeks away. All 39 Gilbert Public Schools are going to be represented this year, including Campo Verde High School. The Coyote Pride Marching Band from CVHS is preparing to entertain those along the parade route.

“Be prepared for a great performance at the parade. We pride ourselves on doing everything well,” said Matt Kozacek, Director of Bands, “We’re going to play fun music and get the crowd involved.”

It’s a busy time for the marching band. Not only are students gearing up for the parade, but they are also in competition mode. In just a matter of days, the band will compete for a championship title. Kozacek says these events are highlights for his students. They dedicate at least 10 hours a week to practicing their music and marching, but the sacrifice and commitment are worth it when the band is able to perform in front of the home crowd.

“There is something so special about having our town and all the people there. Our town respects us and we respect them,” he said.

Kozacek has worked with GPS for eight years. During that time, he’s watched the Campo Verde band program grow from roughly 30 students to nearly 100. Now there are students with various interests from sports to science coming together to express themselves through music.

“The program is something that people are very proud of,” he said, “Students go to their friends and try to recruit them to be in it.”

In the spring, the Coyote Pride Marching Band will travel to Disneyland where they will take part in a music soundtrack session. Next year, the band is traveling to Hawaii for a performance. While the travel and musical experiences are exciting, Kozacek says his main goal is to foster comradery.

“Probably the biggest and most important goal is to maintain the fun and the friendships that we have,” he said.

The Gilbert Days parade is also a chance for the band to thank the community. Kozacek believes the success of the band would not have been possible without the people of Gilbert.

“We have a great community that supports the arts. I’m looking forward to seeing that continue,” he said.

To learn more about the Fine Arts - Performing courses offered at our High Schools, check out our list of course descriptions.