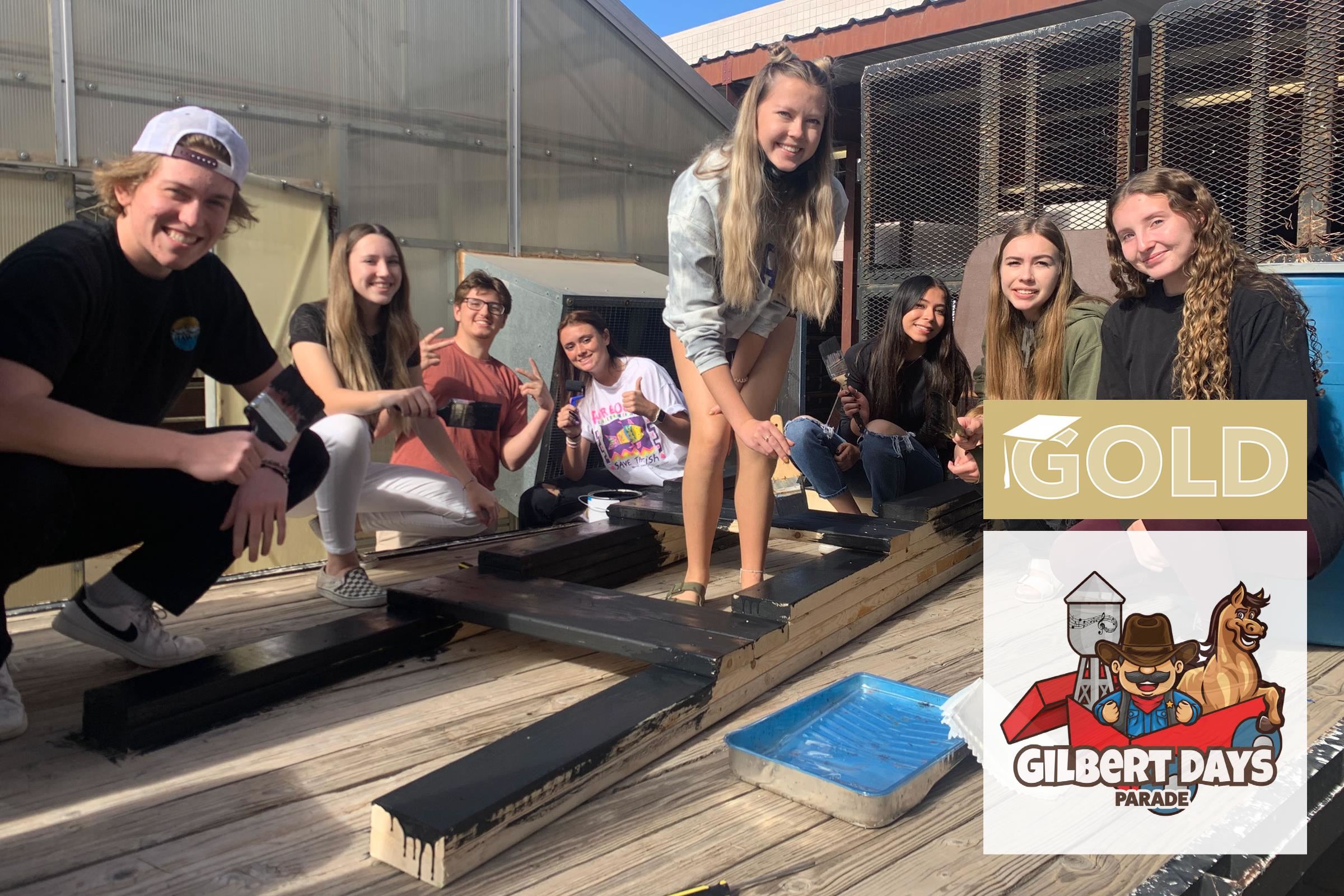 A group of students at Mesquite High School are swapping pens and pencils for paintbrushes. The student council along with other student volunteers are coming together to build a parade float to represent Gilbert Public Schools. The float will be showcased later this month in the historic Gilbert Days parade, and the theme this year is “Gilbert: City of the Future.”

“I was kind of thinking like "The Jetsons," so it would be like a throwback but still sort of like the future,” said Katelyn Ayon, a sophomore and member of student council.

The students are drawing inspiration from popular movies and TV shows, including "Meet the Robinsons" and the "Magic School Bus." While there will be nods to these pop culture classics, the heart of Gilbert will be on full display.

All 39 Gilbert Public Schools are going to be featured on the float as well as the district’s blue and gold colors. Ayon says the student council’s concept merges the past with the present while looking towards the future. The parade date is approaching quickly, so the students are going to be working during the day, after-school, and even some weekends to finish the float.

“We have two weeks, so after that it's just going to be a relief because we got it done in time,” she said.

This is the first year that Mesquite High School is getting the chance to design and build a float for GPS. It’s an exciting time for the Wildcats and another opportunity for them to come together as a family.

“It’s really amazing. It’s good for us to put our student council out there more,” she said.

To see the final float, attend the Gilbert Days Parade on Saturday, November 20.