A delightful battle of sugary confections. The Ninth Annual Cupcake Wars took place at Greenfield Junior High School earlier this month. More than a dozen teams whipped up their own cupcake and frosting recipes to compete in the bake off. Teams also developed their own theme and showcased the creative concept through their cupcake flavor and table display. Students spent weeks planning and preparing for the event. This year, local first responders and members of the Gilbert Public Schools administration were judges. Ultimately, only one team could win the competition. The judges chose the cinnamon cupcake with cream cheese frosting inspired by Christmas morning. 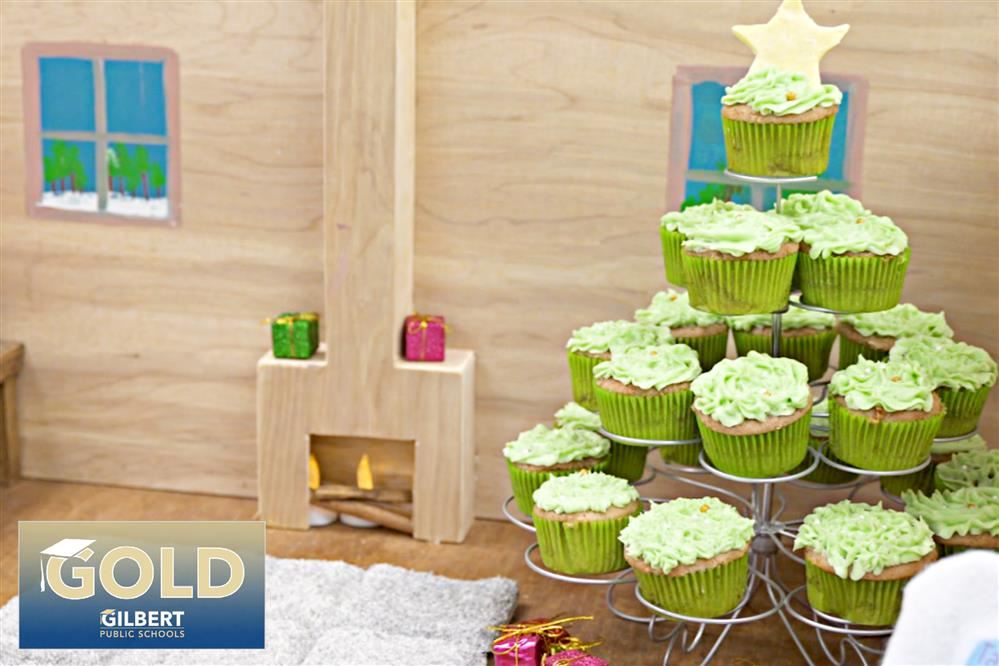 Mix together flour, cinnamon, sugar, baking soda, and baking powder in a mixing bowl. Add butter (room temperature), egg whites, sour cream, vanilla, and milk. Mix until smooth (no lumps).
Add cupcake liners to the cupcake pan.
Combine cinnamon and sugar in a small bowl.
Place 1 tbsp of batter into each cupcake liner.
Sprinkle ¼ tsp of cinnamon sugar mixture on top of half-filled liners
Bake for 16-18 minutes, or until a toothpick comes out with minimal crumbs
Allow to cool for a few minutes
Remove cupcakes and continue cooling on a wire rack

Mix cream cheese and butter until smooth. Next add the sugar and vanilla, and mix until combined. If it is too thick, add cream.