Bill Bitter to retire after more than 40 years with GPS 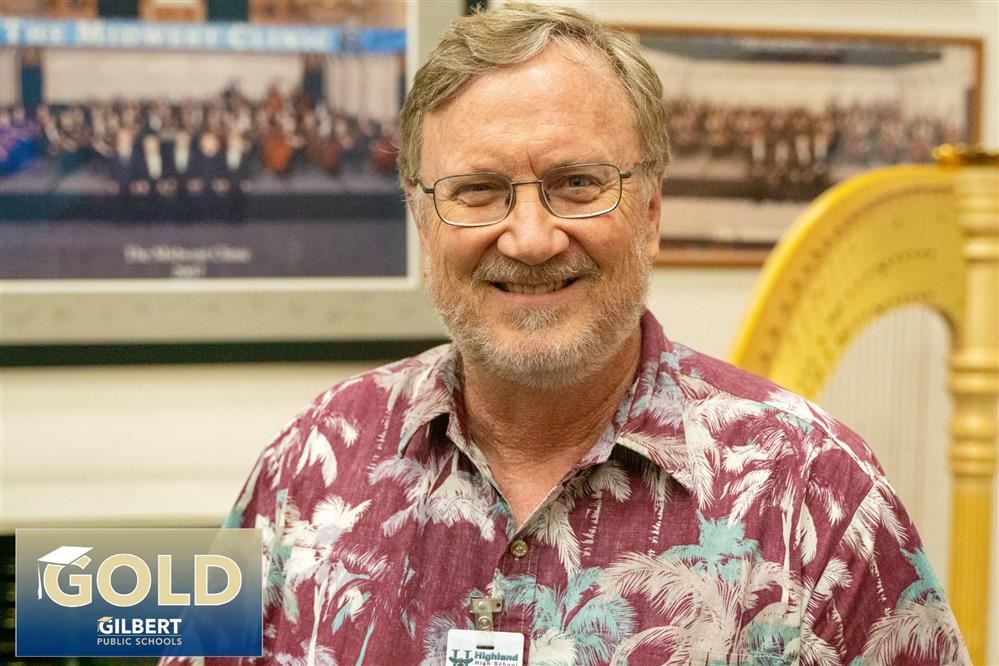 Many in the Gilbert community know the name, Bill Bitter. He’s often described as a “legend” although he wouldn’t see it that way. The music educator is part of Gilbert Public Schools’ rich history. Bitter moved to the Town of Gilbert more than four decades ago as a young husband and soon-to-be father looking to start his career. The Arizona native had never heard of Gilbert, but saw the emerging town as a perfect place to raise his young family. Now more than 40 years later, Bitter is preparing to retire from teaching at the end of the school year.

“I’m ready to retire, but I have loved every minute of my job,” he said.

Bitter’s love for music began at an early age. He started taking Suzuki violin lessons at six years old. It wasn’t long before he made a deal with his mother that if he made it through a year of violin lessons then he could quit playing the piano.

“My older sister had been playing violin, so I wanted to try,” Bitter said, “I didn’t really think about it as a career until I was in high school.”

He would grow to have dreams of becoming a professional musician. He even thought about one day playing in the Boston Symphony Orchestra, but his path would take a turn after speaking with his private music teacher and mentor, Eugene Lombardi. Bitter says Lombardi recommended he pursue music education in order to expand his career opportunities.

“He was being smart in encouraging me to cover my bases, so I took his advice and changed my major to education,” he said.

After graduating from Arizona State University, Bitter began student teaching at a high school in Mesa. The music director at the school suggested he explore a job opening in Gilbert, so Bitter applied for the position.

“I took the job in Gilbert. Five kids in the high school orchestra that first year, and three of them could play,” he said.

The circumstances were challenging, but Bitter committed himself to growing the program. He worked alongside Phil Hatler and Rita Scholz to recruit more students to join the band, choir, and orchestra.

“We just kept plugging away, slow and steady. By the time we opened Highland, we had a big program at Gilbert High,” he said. 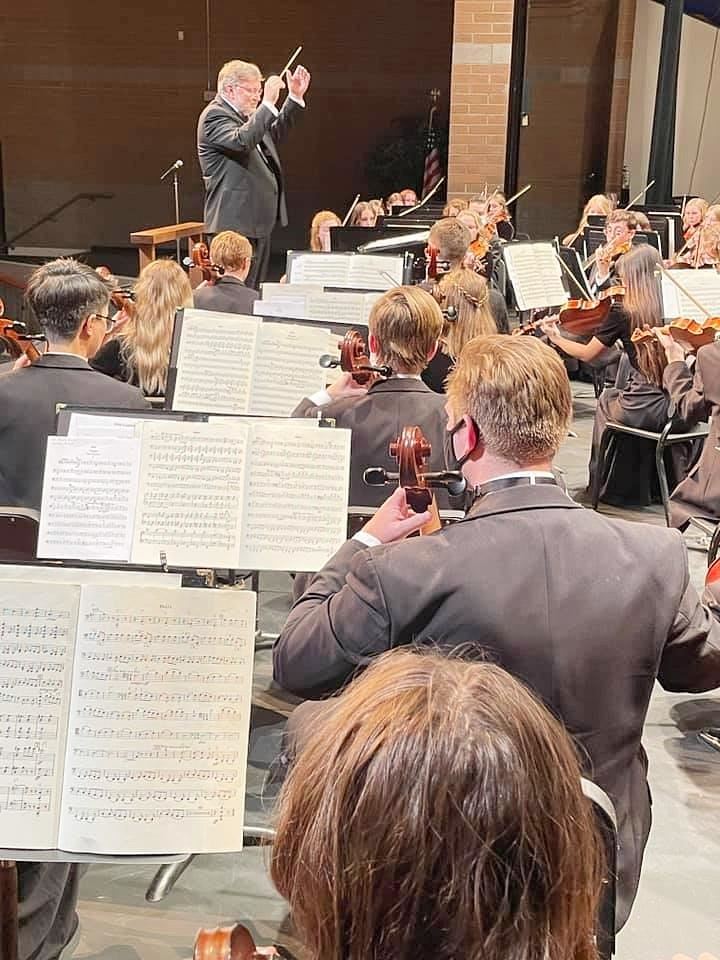 In the early 90s, Bitter moved to Highland High School, so he could teach his own children in the music program. He’s been at Highland now for 29 years. Principal Melinda Murphy has worked with Bitter for the last eight years.

“Bill takes immense pride in the music they create. It’s never about him. It’s always about his kids and celebrating their accomplishments. He’s one of the finest classroom teachers that I’ve ever seen,” Murphy said.

Bitter admits his teaching style has evolved over the years. While he may be a bit sarcastic, he says his goal is to get his kids to laugh everyday. He also believes he’s become more gentle in his approach with students.

“As a young teacher, I didn’t fully grasp the understanding that teaching music is more about the process than the performance,” he said, “When I finally came to the realization, I really think I got a lot better results from my kids. I think I did better for the kids.”

Bitter believes he’s become more like a grandpa. He’s more focused now on his students having fun while reaching their goals. For the fourth time in the history of Highland, orchestra students will be heading to Chicago for The Midwest Clinic, an international band and orchestra conference. Many music programs around the world don’t get to participate in the clinic, so attending for the fourth time is a very rare accomplishment. Highland will perform at the clinic on December 15.

“It’s an experience that the kids will remember for the rest of their lives,” he said.

Bitter is counting down the days to his retirement, so he can make sure he is enjoying the time that he has left with his students. It’s going to be a big life change, but Bitter says he is ready to spend more time with his wife and family. He’ll miss his students and the memories that they’ve created together.

“There is something magical about getting 60 or 70 teenagers on the same page making the same musical phrase and smiling because they know that they did it right. Those moments don’t always happen on the stage. Those moments when students realize “that was really good.” Those are the things that you treasure,” Bitter said.

Murphy says Bitter’s presence and influence will truly be missed at Highland. She gets emotional at the thought of him leaving the school. She says he’s been a considerable influence on her.

“I think he’s really influenced me in terms of why we do what we do for kids. I find his dedication to the craft of teaching inspiring literally everyday, just his passion for teaching and impacting kids,” she said.

“That’s one thing about being in the same place for 40 years. There’s been a lot of that. I think that’s what I enjoy the most about teaching in Gilbert,” he said.

There’s no doubt that the person to take over after Bitter leaves will have big shoes to fill. The orchestra program has come a long way from when he first started teaching, but he says it will be nice for it to experience some change. He hopes whoever takes over the program will understand its history and maintain its success. 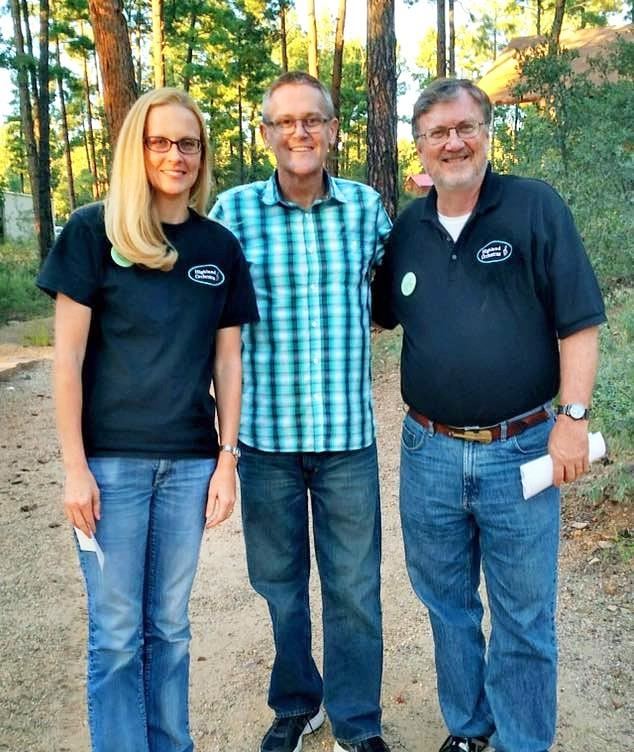 "I'm hoping that we can pass that off to somebody and keep it intact. I don't think anybody is irreplaceable,” he said.

While Bitter loves his students, he has an equal appreciation for his colleagues. He considers himself grateful to have worked with supportive, committed, and patient educators over the years.

"I think the teachers that have taught in the district over the last 40 years, I think we've done some amazing things. We have really left a strong legacy, and I'm proud to be part of that," he said.