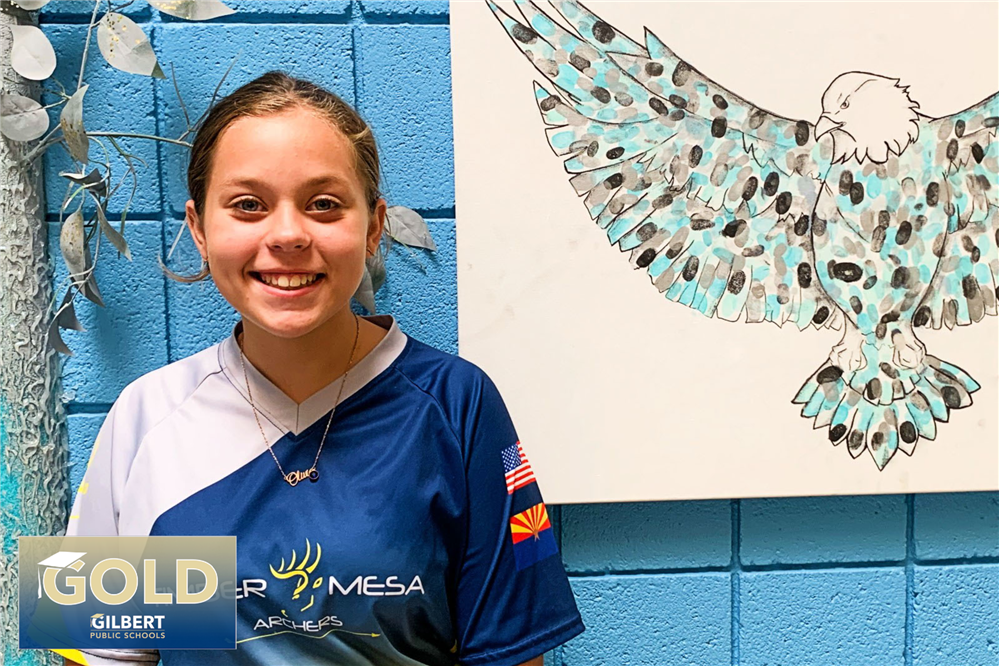 Dressed in her archery jersey and her arrow earrings from Claire’s, Olivia Sickler proudly displays a huge smile for the camera. The sixth grader at Harris Elementary is an award-winning archery competitor, who recently earned a gold medal at the 2022 JOAD Target Nationals competition in Decatur, Alabama.

“I won a gold medal in the Women’s Team Barebow,” she said.

Olivia began taking archery lessons a little over a year ago. Her family saw a local archery range and decided to check it out. Her mother quickly realized that Olivia was good, so she signed her up for classes. In the beginning, Olivia struggled with the weight of the bow, but she kept going.

“I started lifting weights a little bit. I started carrying milk jugs in from the grocery store, and now my hand doesn’t shake as much,” she said.

She practices now three days a week with the Timber Mesa Archers. They practice as a team, but Olivia often competes individually. She says a majority of her competitions have been local tournaments, such as the Shamrock Slam and the Summer Sizzle. The event in Alabama was her first time competing nationally. Archery has become something that she truly enjoys, and now she tries to recruit her friends and classmates.

“I tell them that you can get a scholarship by doing this, and even if you don’t like it, you should at least try it once,” she said.

Olivia hopes to continue doing archery throughout junior high, high school and college. She plans on getting better every day and going to more competitions.

“Archery can teach you so many different things,” she said.

Learn more about Harris Elementary by scheduling a school tour or enrolling today!