Randy Raines named Most Valuable Teacher by the Arizona Diamondbacks 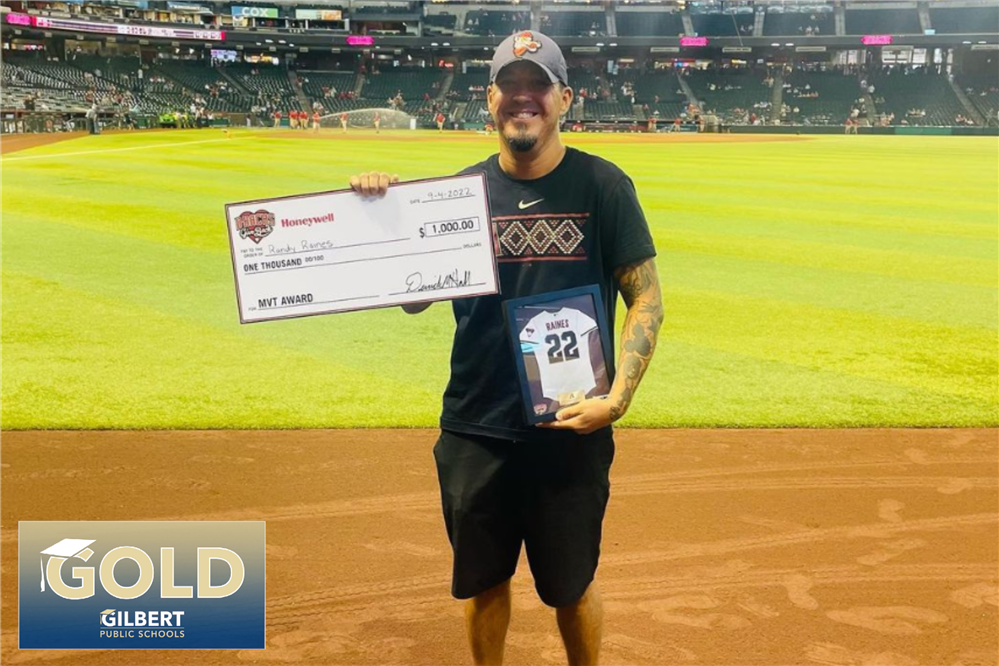 Randy Raines is the MVT. The Arizona Diamondbacks selected Raines as one of their ‘Most Valuable Teachers in STEM,’ celebrating his achievements in the classroom and his impact on hundreds of students over the years. Raines is a science and social studies teacher at Canyon Rim Elementary.

“He is engrained in the DNA and culture of our campus,” said Principal Joe Lopat, “He treats every kid with respect. He really does try to go out of his way to connect with kids, and they connect with his genuine demeanor.”

Raines’ time at Canyon Rim is really full-circle. He began student teaching at the school 18 years ago, and he was hired as a certified teacher shortly after finishing his program at Arizona State University.

"All I know is Canyon Rim," he said, "If you think about it, this is the longest I've been anywhere in my life. It’s kind of a second home."

Raines was born in Texas and raised in Arizona. He grew up in South Phoenix in a single-parent household. His desire to pursue a career in education mainly came from him wanting to make a difference.

“I wanted to be a positive male role model for kids, because growing up I didn’t necessarily always have that,” he said, “I think that keeps me coming back.”

As part of his recognition, the Diamondbacks awarded Raines a grant of $1,000. He is giving the money to Canyon Rim to go towards five student scholarships for Science Camp. The same camp that he fell in love with while student-teaching. The generous donation is evidence of Raines’ big heart.

“He’ll do everything he can to help. He'd even give the shirt off his back if he could. That’s just the way that he is,” Lopat said. 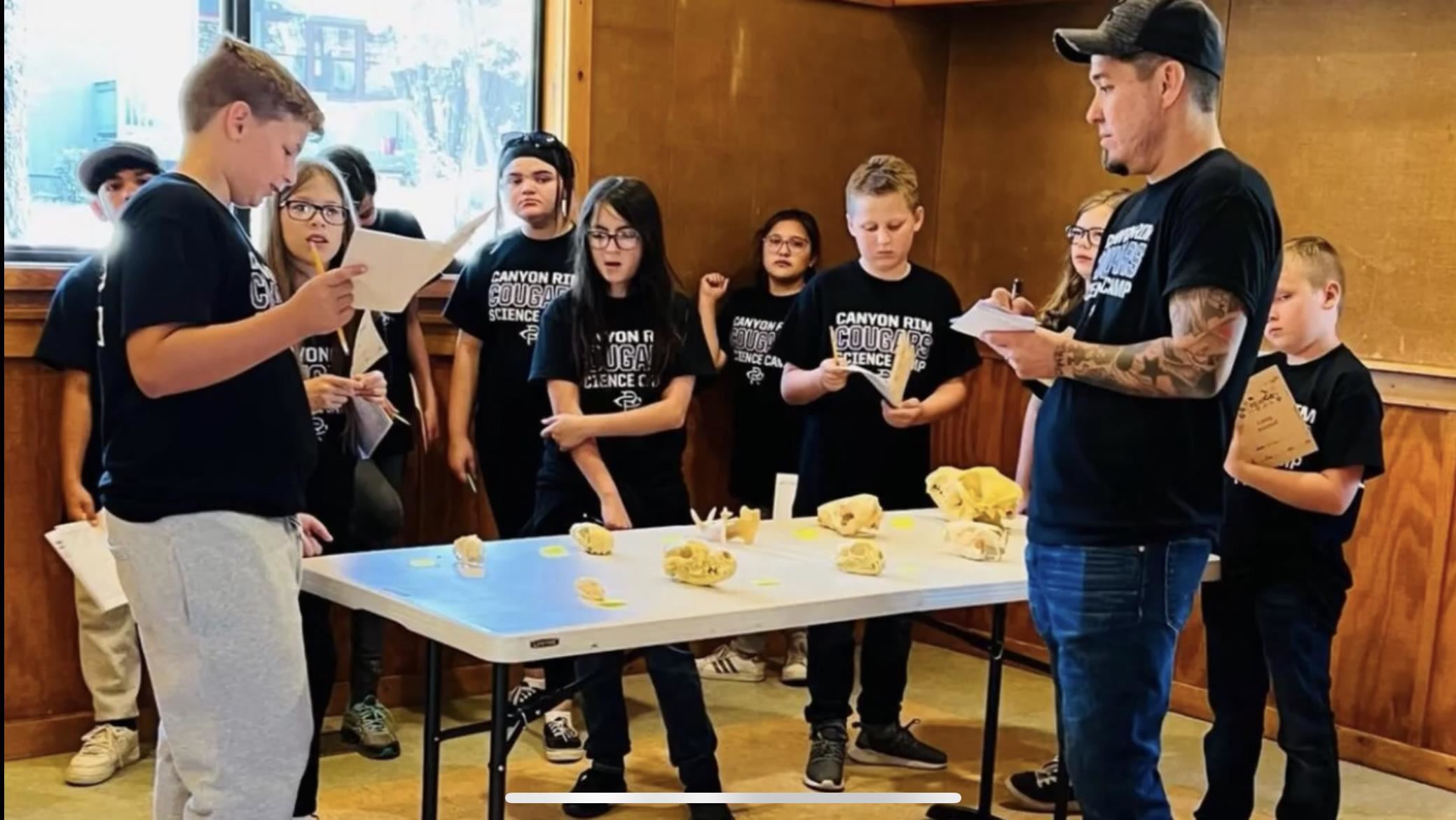 Sixth grade students attend the camp at the end of every school year. It’s the culmination of their learning and hard work. It’s also an opportunity for them to forge strong bonds before transitioning to junior high school.

“That happens at Science Camp with their cabins and their learning groups. Lifelong friendships are made,” Raines said.

The camp is a real highlight for the Canyon Rim Cougars. Raines says more than 97% of sixth grade students are able to attend every year. The camp gives them a chance to get outside and connect with nature.

“It’s three days where they don’t have a single screen in front of their face, and it is the time of their lives,” he said.

Raines still has memories of the time when he attended Space Camp in the sixth grade on a scholarship, which makes being able to give back in this way that much sweeter for him.

“Canyon Rim creates opportunities for people. There are so many opportunities here for kids to become who they will eventually be,” he said. 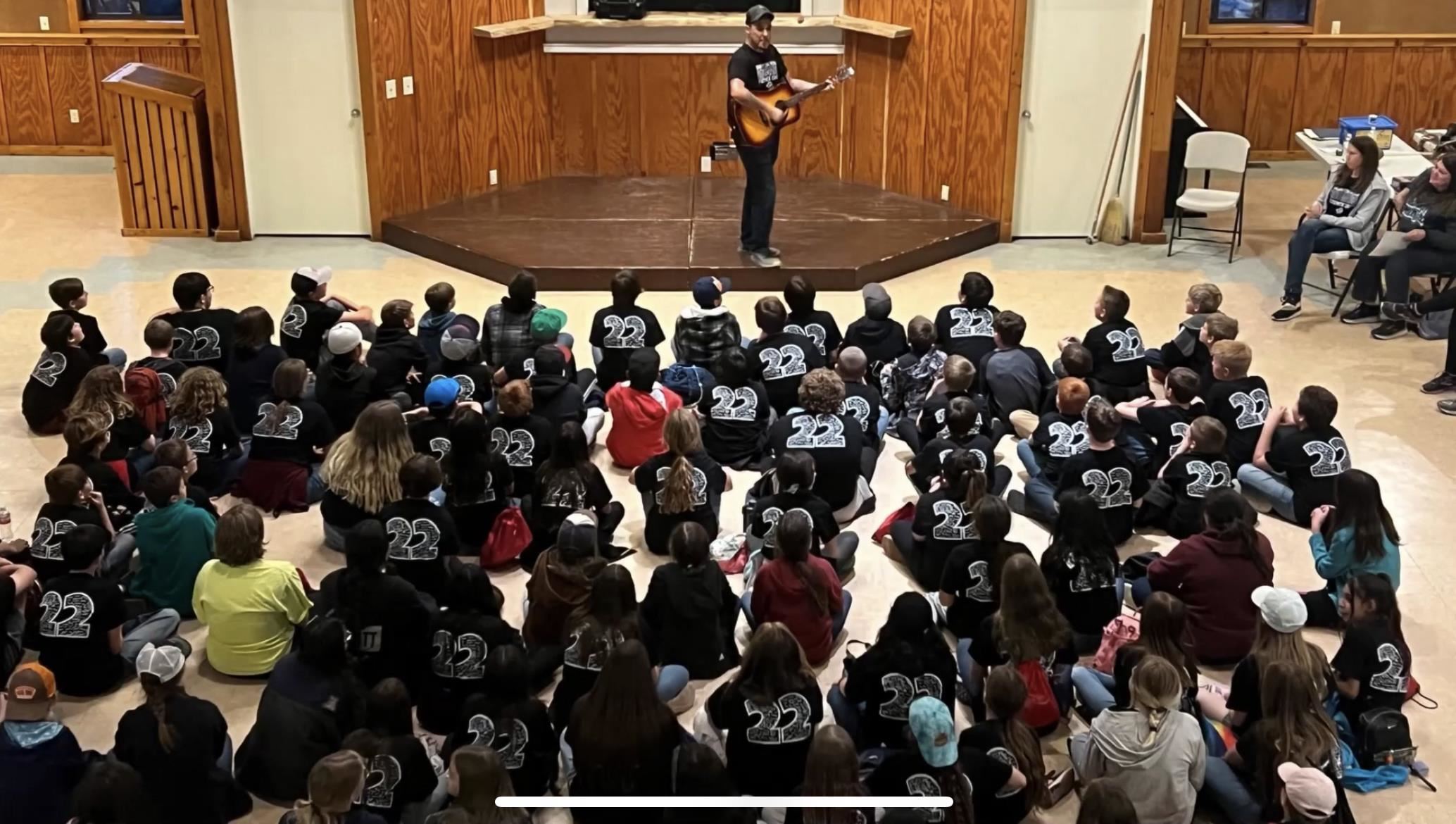 Before they leave his classroom, Raines ensures that students know some of the life skills it takes to achieve their dreams. He teaches them about the importance of doing what’s right, accountability, responsibility, purpose, discipline, and not depending on motivation to help you get the job done.

“Motivation is a feeling. Feelings come and go. You’ve got to be disciplined,” he said.

Two of Raines’ former students are now teachers at Canyon Rim. Another former student donated money to fund camp scholarships last year. These are just a few examples of Raines’ incredible impact and influence over the years.

"It means a lot to know that what I sought out to do is starting to come to fruition. It feels good. It gives me that focus, purpose and drive to keep going," he said.