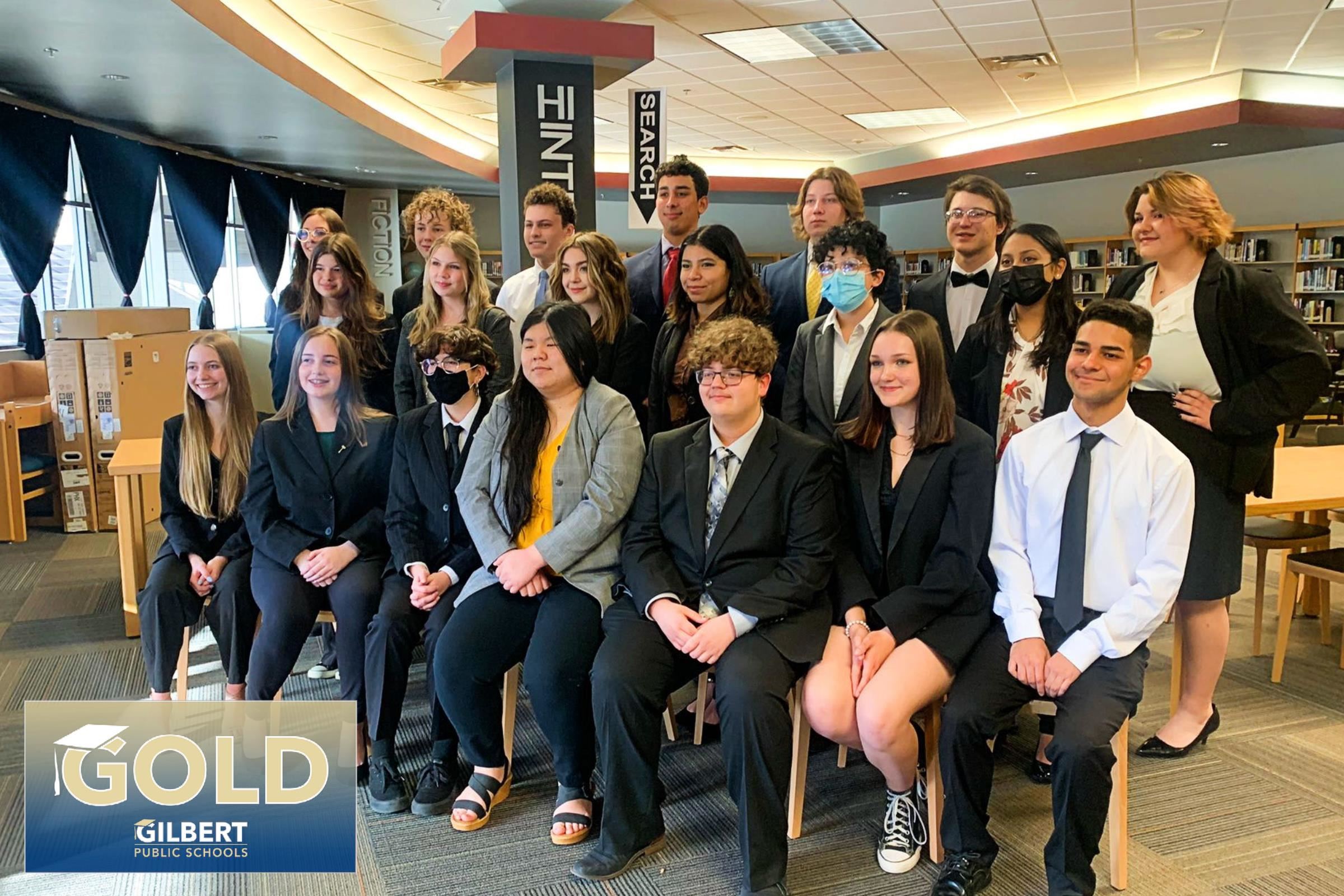 They are expert critical thinkers, masters of research and writing, and commanders of the stage. Speech and Debate competitors are uniquely gifted, but that has nothing to do with a high level of intelligence; instead, it is the result of great passion, purpose, and dedication to their craft.

“Almost every aspect of Speech and Debate can be taught. It can be learned and improved,” said Hunter Fenn, a junior at Mesquite High School.

Fenn is the Arizona Interscholastic Association (AIA) Division II State Champion in two events, Big Question Debate and Prose. This summer, he’ll have the opportunity to compete in the national competition in Louisville, Kentucky.

There are nearly a dozen main events that Speech and Debate teams compete in at tournaments every year. The events require competitors to do speaking, debating, and acting in front of judges and an audience. In order to get ready for a tournament, students spend countless hours practicing and perfecting their craft during and after school.

"With football, track, and other sports, you can exercise and prepare, but sometimes you just have a bad day. With debate, you get exactly what you put into it,” said Bailey Ekstrom, a senior at Desert Ridge High School.

Ekstrom is one of 40 students on Desert Ridge High’s Speech and Debate team. She is the team’s co-captain and an award-winning debater. She competes in multiple events, including Congressional Debate, where students pose as legislators and discuss bills in the fashion of a mock Congress. Ekstrom was inspired to join the team after witnessing global events over the past few years.

Students in the Gilbert Public Schools district say participating in Speech and Debate at their high schools has helped them grow both personally and academically. They have overcome social anxieties, stress, fear of public speaking, learning challenges, and more. Marco Dominguez , who coaches Speech and Debate at Desert Ridge High, says he’s enjoyed watching his students thrive.

“You see the kids improve themselves,” Dominguez said, “I have a couple of students who’ve had to drop out of Speech and Debate, because their classes have gotten harder. They went from on-level coursework to doing Honors and AP-level classes.” 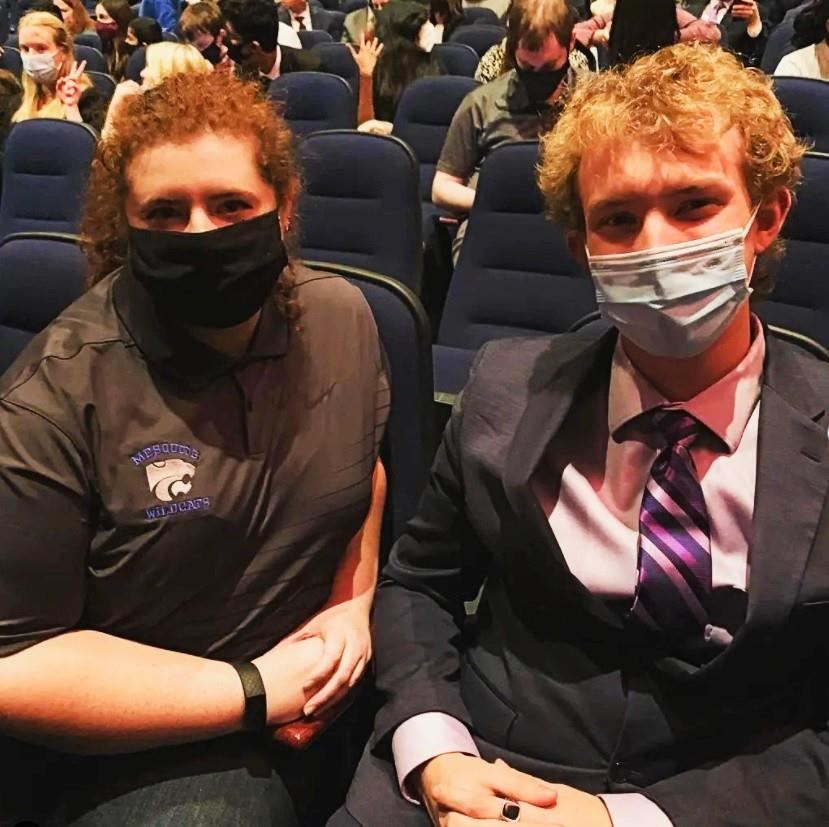 Mesquite High’s Speech and Debate team is in the building phase. They currently have four active members, including Hunter Fenn, but their size is not a deterrent. They are small, but mighty.

“We’re a really small team, but at the state tournament we were the fifth highest scoring team,” Fenn said.

One of the first steps to becoming a great debater is getting over the fear of failure. Kaylee Peelen, the coach at Gilbert High School, reminds her eight students that failure is part of the journey.

“I get to see my kids work through failure and rise. I get to walk with them through that process, and I get to show them how to be excellent,” she said.

This was the first year ever that Speech and Debate students got to compete in Original Spoken Word Poetry in Arizona. One of Peelen’s students, Gabrief Neff, is the AIA state champion in the event. The Gilbert High junior had never dabbled in spoken word poetry prior to this year, but he says something about the form of expression really connected with him.

“Having that outlet where I can just kind of have raw emotion and be in an environment where people appreciate that, it’s helped me work through so many difficult things,” Neff said.

Gilbert Public Schools students at Desert Ridge High and Gilbert High can take a  Forensics course for credit. In the class, students learn about speech writing, research, and delivery. It prepares them for college-level Speech and Debate competitions. However, some students, like Seth Bell, see the name and assume the class is similar to what you see on the TV Crime Drama, “CSI.”

“When I got in here, Mr. Dominguez said it was Speech and Debate. At the time, I was just confused, but I thought I’d let it ride out because it might be good on a college application,” Bell said.

Bell has been part of the team ever since, and he’s even won some awards. He competes in several events, including Impromptu speaking, which taps into his ability to retain a lot of information in a short period of time.

“It promotes quick-thinking. It can help you create an entire conversation on the fly,” Bell said.

While participating in tournaments and competitions, Speech and Debate students are also building friendships with a diversity of students. They are able to expand their social circles and form meaningful bonds with people that they may have never crossed paths with under other circumstances.

“The community of Speech and Debate is so different from any other sport and club. I’ve made such good friends from so many different schools over the years that I hang out with them outside of school,” Fenn said.

Not only are they making new connections, but Speech and Debate students are also learning how to have respectful dialogue – despite their differences.

“It’s really nice, because I can’t think of a single instance where I felt uncomfortable speaking to other people about my views,” Ekstrom said.

As more GPS students learn about the value of Speech and Debate, all of the coaches hope to see their teams grow in size. Right now, they are working and supporting each other across school campuses, but they hope to see their coaching staff at the high schools expand as well. More coaches means more students will get the support needed to be successful at state and national tournaments.

“It would be really awesome to have a Speech and Debate team here with 80 or 90 kids,” Dominguez said.

As they think about their futures, Speech and Debate provides a path for GPS students to earn college scholarships. The skills that they are gaining will also be beneficial and marketable in any professional industry.

“It’s something regardless of who you are, where you come from, and where you want to go in the future – it will benefit you. I really can’t think of a downside to doing Speech and Debate. There is absolutely something for everyone,” Fenn said.