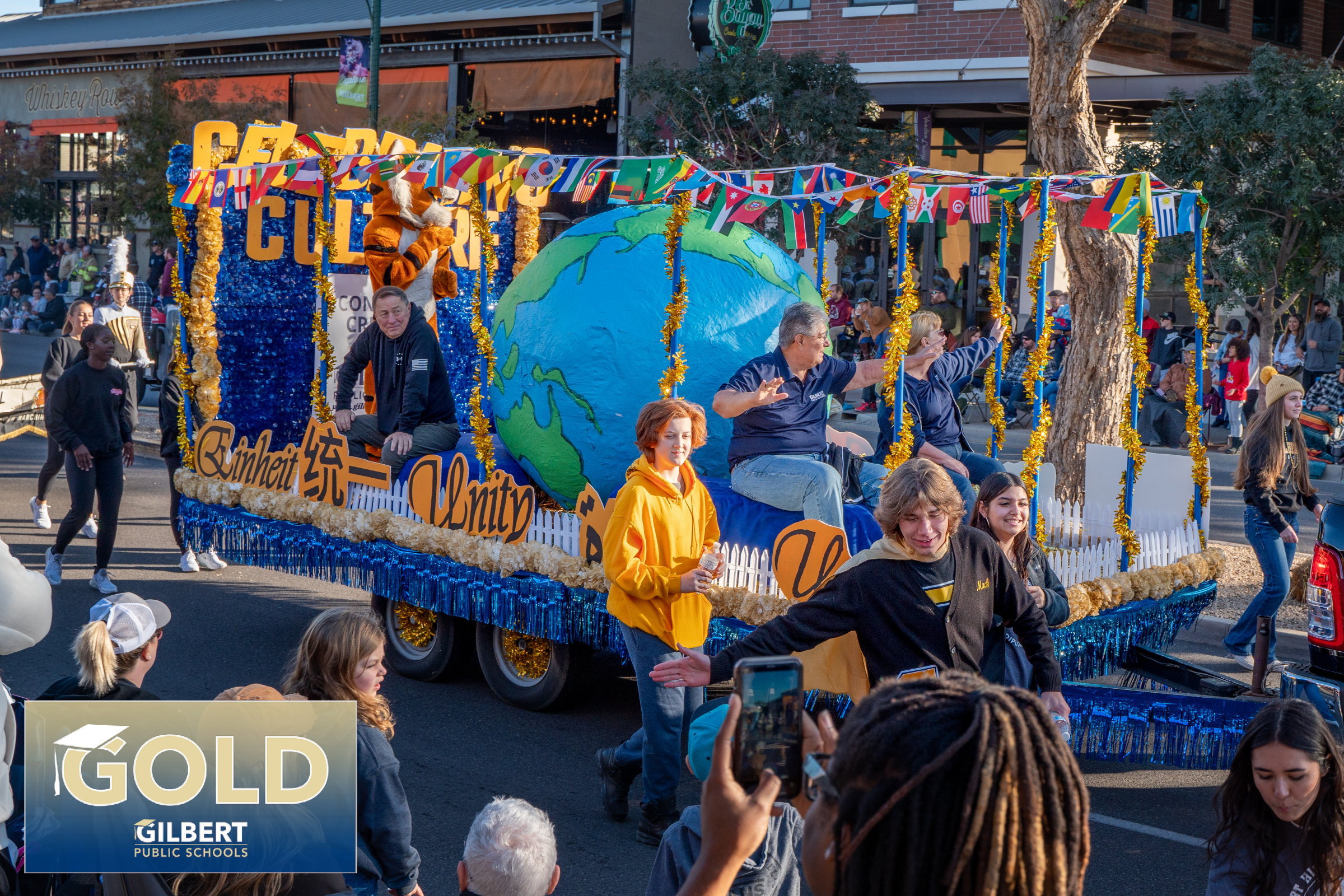 On November 19, the Gilbert Public Schools family united as one for the annual Gilbert Days Parade, honoring the Town of Gilbert’s heritage. Students, staff and families from GPS schools and departments participated in the parade, including student clubs, athletes, marching bands, cheerleaders, color guards and school mascots. The district float, this year, was designed and built by the  Gilbert High School Student Council.

“It’s kind of crazy, because I actually used to walk in the Gilbert Days parade for gymnastics when I was a kid. It’s kind of a big full circle moment, and it’s really nice to actually be involved with making the float,” said Kelsey Cooper, a senior at Gilbert High.

Cooper also serves as associate student body president. She, along with more than 30 other council members, their advisor and the assistant principal spent weeks building the float from scratch. Their vision focused on celebrating unity and culture across the district.

“We’re all in this community, and we can take our differences and work together to make things better,” Cooper said.

The float featured the word ‘unity’ in different languages, a giant paper mache globe and flags from different countries. The district’s gold and blue colors were prominent as well as logos for every school. Gilbert High’s tiger mascot joined members of the Governing Board on the float as it traveled down the parade route, and the school’s marching band followed closely behind. The band has been making appearances at the Gilbert Days Parade for decades.

The Gilbert Tiger Pride Marching Band is one of the most decorated high school marching bands in the state, having finished as a finalist in the Arizona State Marching Band Championships for the last 14 years. The Tiger Pride has also had the distinguished honor of having performed in parades around the world, including the Presidential Inauguration Parade in our nation’s capital, St. Patrick’s Day Parade in Dublin, Ireland, and the London New Year’s Day Parade. The Tiger Pride will head back to London in January to perform in the parade once again and carry on Gilbert High’s long tradition of excellence.