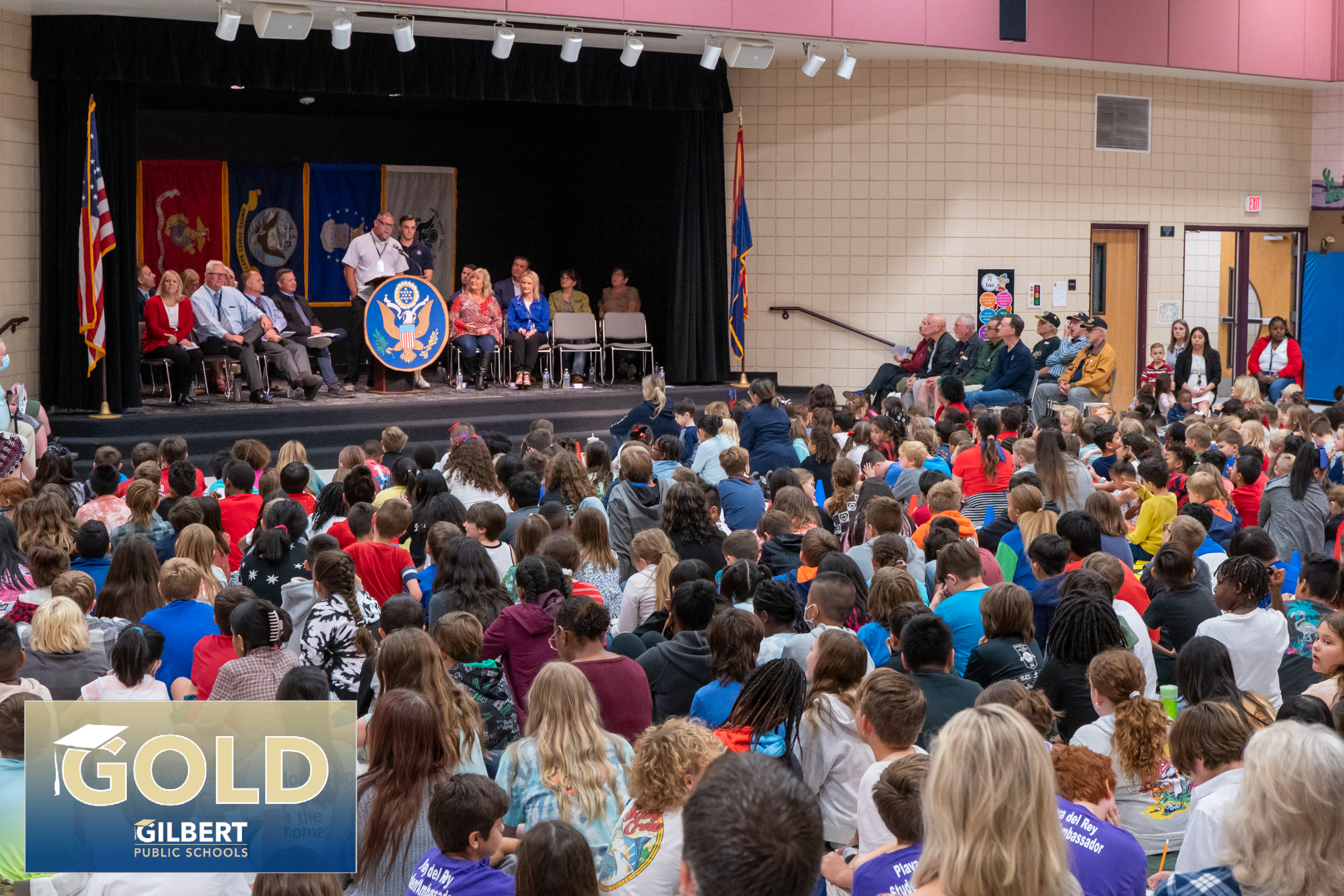 Veterans and active duty members are an incredibly important part of our Gilbert Public Schools family. They represent the best of GPS. They are our teachers, administrators and staff. They are our parents, loved ones and neighbors. They are our former students and classmates. They are our heroes. We are so grateful for their service and sacrifice!

In honor of Veterans Day, GPS schools across the district paid tribute to the brave men and women who’ve fought and continue to fight for our freedoms. At Playa del Rey Elementary, this year’s Veterans Day event was extra special. It marked 10 years of the big celebration started by preschool teacher and Air Force veteran Juliana Jackson.

“Mrs. Jackson, what you have done here will live long past your days as an educator. From the bottom of my heart, thank you for your service. Thank you for inspiring us. We are so lucky to have an amazing person like you here at Playa,” said Principal Amber Bickes, whose dad and brother are also veterans.

Jackson served with the United States Air Force, working as an administrative specialist. She enlisted in March 1982 and worked her way up to becoming a sergeant. She was stationed at bases in Texas, Mississippi and Arizona. Jackson told the room full of students, families, veterans and staff that serving her country had a huge impact on who she is today.

As a young student, Jackson didn’t always give it her all, but her mindset quickly changed when she entered the Air Force. She started working hard, training and studying for tests. Her dedication really paid off, because she was named the honor graduate of her class.

“The commander called my name. You guys, I felt so many wonderful things! I was happy, and I was proud. This is why it is so important for you to study and do your very best, so you can be proud,” she said. 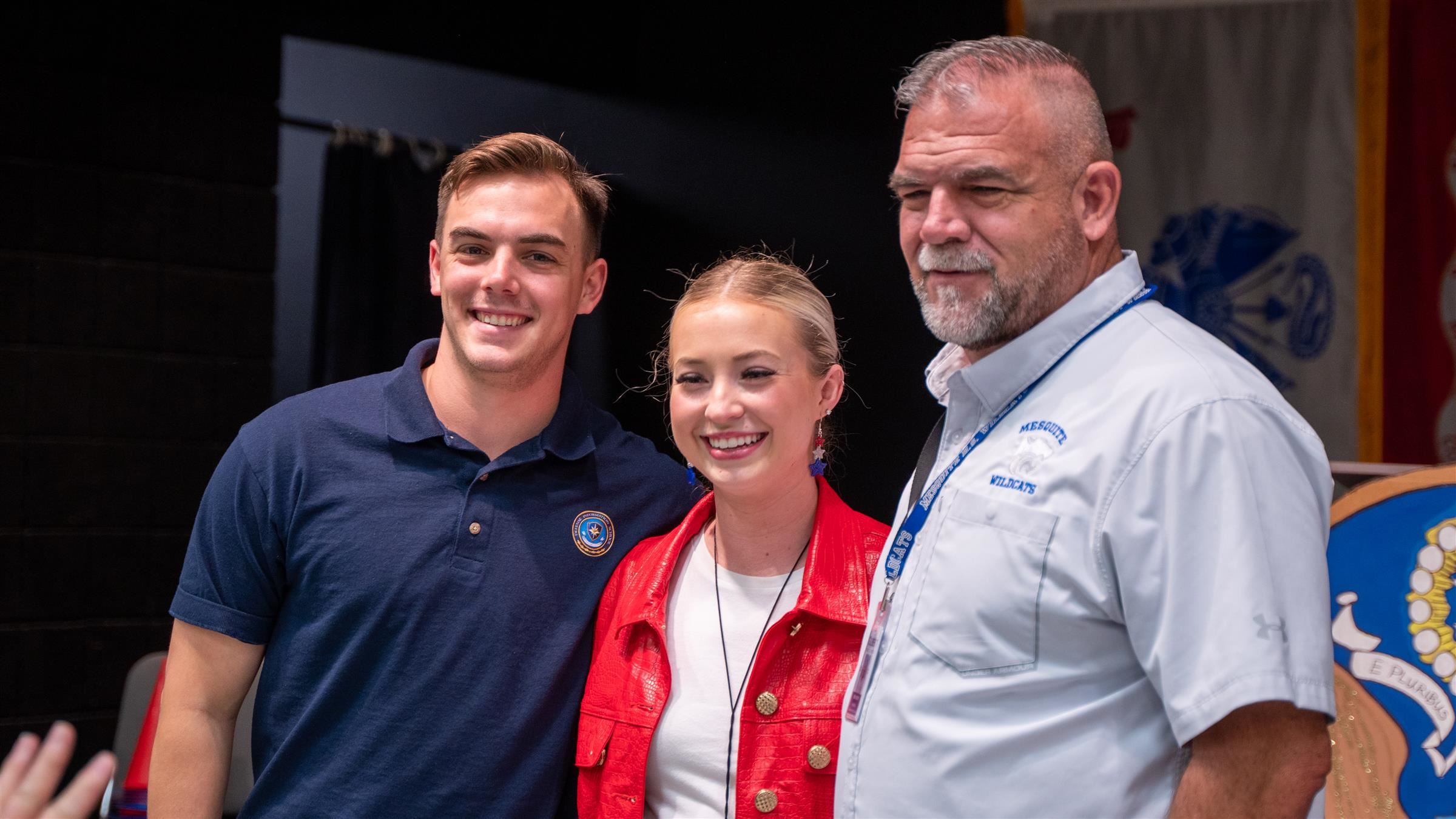 Playa del Rey students also heard from two special guest speakers,  Mesquite High School Principal Rod Huston and his son, Colton. The Huston family has a long history and deep connection to the district and the Gilbert community. Hustons have spent over 80 years in GPS classrooms, including some of the youngest members of the family who were just promoted from Playa del Rey last school year. Hustons have also been school administrators and teachers, including Colton’s wife, who currently works at Playa del Rey.

Beyond education, generation after generation of Hustons have enlisted in the armed forces to protect the rights of all Americans. Principal Huston is a U.S. Army veteran and member of the Army National Guard. Colton is currently serving in the U.S. Army Reserve, training on weekends throughout the year and working as a public affairs specialist capturing photos and videos of service members.

“It’s my job to make sure you know what we are doing to keep our country safe,” he said.

Both men have carried on the legacy of the Hustons who came before them.

“My dad has done some research on our family that goes all the way back. We can find members of our family who fought on both sides of the Civil War and also all the way back to the American Revolution,” Principal Huston told the crowd.

Through their service, Principal Huston and Colton have worked with service men and women from all branches of the armed forces. They’ve been able to travel the world and further their education.

“I know what my path is thanks to the Army,” Colton said. 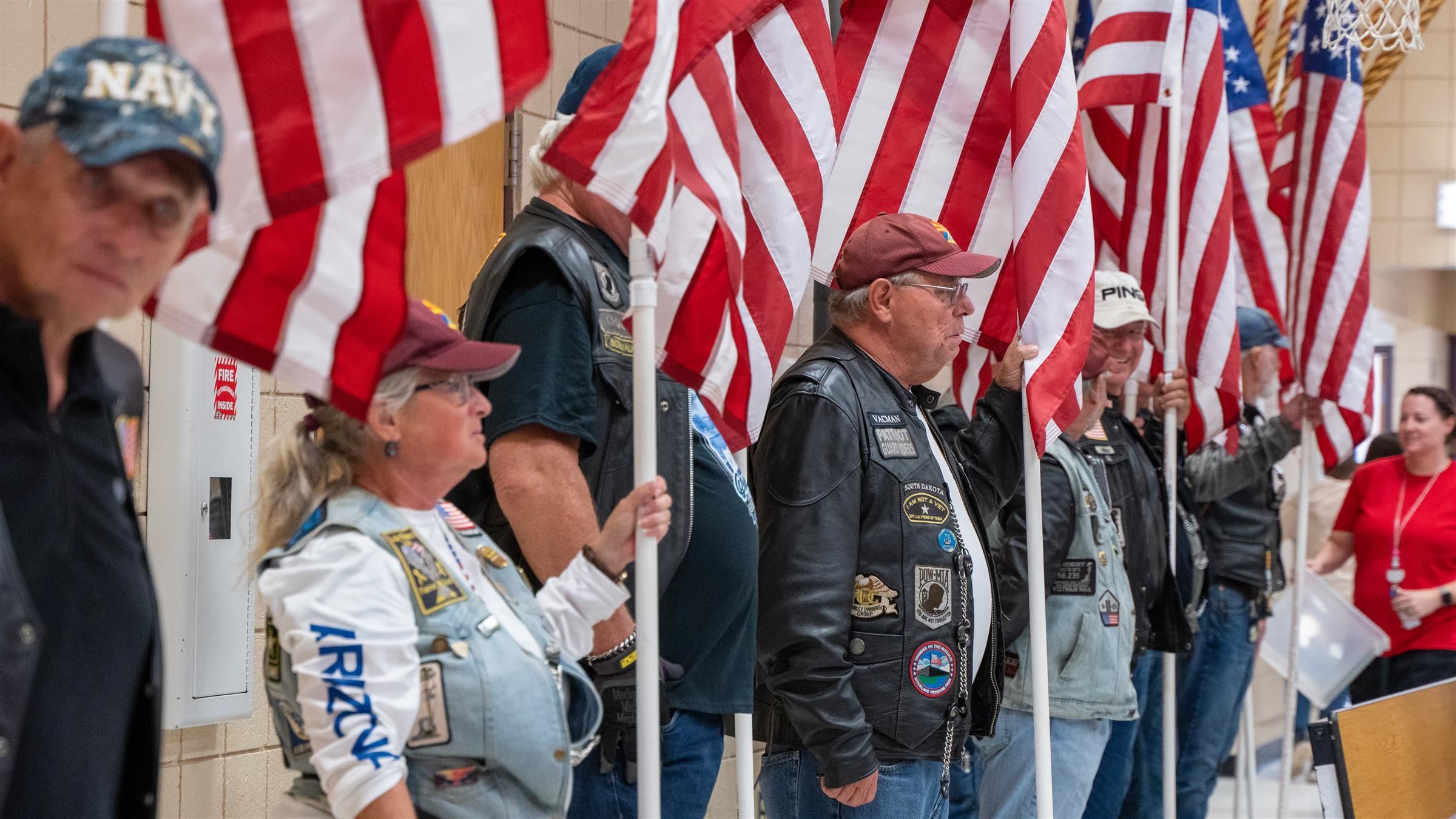 In addition to veteran stories, the celebration at Playa del Rey included tributes through song. ‘I’m Proud to Be an American’ played over the loudspeaker as students entered the assembly. During the program, a small choir of third graders sang the ‘Armed Forces Medley’ as veterans from all branches stood to be recognized, and the Arizona Patriot Guard Riders made a guest appearance. They stood along the back wall with American flags during the event.

For those who wanted to have moments of reflection, they could stop by the Wall of Honor in the main hallway. The red, blue and gold wall featured six panels covered in veterans' photos and stories. Each veteran represented on the wall is a loved one of someone in the Playa del Rey community. While the Wall of Honor paid tribute to their service, it was also a reminder of all the sacrifices made to keep us safe.