On the move at Gilbert Public Schools 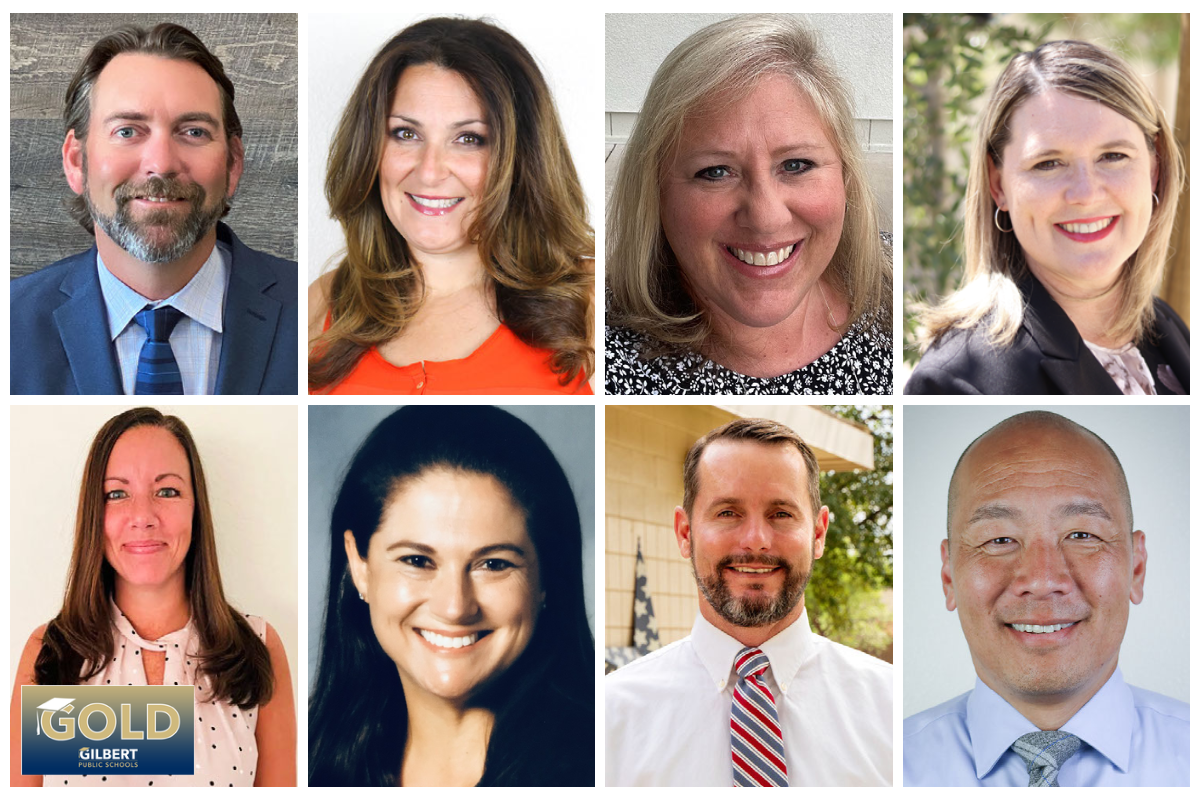 Gilbert Public Schools is proud to announce the new principals, administrators, directors and coordinators for the 2022/23 school year.

Dr. Sean Jonaitis is the new interim principal of Highland Junior High School. Dr. Jonaitis joins the Highland Junior family after having served the last five years as the assistant principal of Campo Verde High School. With nearly two decades of experience in education, Dr. Jonaitis is excited to step into a new role and focus on building connections between students, families and staff. The feeling of family is what Dr. Jonaitis loves most about working for Gilbert Public Schools. He truly believes students are positively impacted when the entire community works together.

Tracy Kukuk Smith is the new principal of Finley Farms Elementary. She is honored to join the Falcon family, and looks forward to carrying on the tradition of educational excellence and the family atmosphere. Ms. Kukuk Smith is deeply passionate about education, having spent nearly three decades working in schools. She is a second generation educator. Her mother successfully served as a principal for 20 years in Maryland. Ms. Kukuk Smith is also the proud parent of two Gilbert Public Schools graduates.

Mary Longnion returns as principal of GPS Global Academy, serving now in the role full time. In addition to that role, Mrs. Longnion will also serve as the program administrator for the brand new Gilbert Public Schools Certification Pathway Program, supporting and mentoring new teachers across the district. Mrs. Longnion just completed her 20th year working for Gilbert Public Schools. She says the best part about GPS is the commitment to helping students and families succeed. At GPS Global Academy, she is eager to continue working to provide high quality and rigorous education to students in grades K-12.

Julie Oster is the new principal of Greenfield Elementary. From Arizona, Ms. Oster joins Gilbert Public Schools after having spent years admiring the district’s legacy of excellence and having witnessed its continual growth. Ms. Oster previously served as principal at two other schools in the Valley. She is overjoyed to have the opportunity to create a welcoming atmosphere for Greenfield Elementary students, families and staff. It is Ms. Oster’s desire to continue building on the school’s success while maintaining a positive, nurturing and safe environment for all learners.

Kari Ramirez is the new principal of Mesquite Junior High School. This will be her second year working with Gilbert Public Schools and her 15th year in education. As principal of Mesquite Junior High, Ms. Ramirez wants to increase community involvement and foster a sense of family on the school’s campus. She is a strong advocate of education, having been the first person in her family to pursue college. In her new administrative role, she will focus on creating a school atmosphere that values all people and helps students strive to become better academically and personally every day.

Jodi Smith is the new principal of Greenfield Junior High School. Originally from Oregon, Ms. Smith has an extensive educational background, including teaching experience from kindergarten through adult education. In the last two years, her family has grown to love the East Valley! Ms. Smith genuinely looks forward to connecting with Greenfield Junior staff and families to help students thrive in the classroom. Ms. Smith believes every student can succeed and as the new principal of Greenfield Junior, she plans to work toward strengthening the partnership between school and home to provide a strong foundation for students as they strive for academic excellence.

Scott Thomas is the new principal of Spectrum Elementary. Mr. Thomas, from Arizona, is a proud member of the GPS family, working for the district now for 17 years. He’s served in a variety of roles, including as a physical education teacher and a school administrator. When he was a wrestling coach at Highland Junior High, Mr. Thomas helped lead several teams to the state wrestling tournament. As the new principal of Spectrum Elementary, Mr. Thomas hopes to challenge students academically while supporting their learning and growth. He wants to ensure that all students and families feel safe and welcomed at Spectrum.

Angie Barnard is the new dean of students at Desert Ridge Junior High School. She previously worked as an instructional coach at Boulder Creek Elementary.

Alecia Shinkle is the new teacher on special assignment at Highland High School.

Erica Duckett is the new interim assistant principal at Campo Verde High School. She previously served as Campo’s interventionist on campus as well as a teacher.

Jason Fekete is coming to Arizona from New Jersey. Fekete will serve as the new assistant principal and athletic director at Gilbert High School.

Katrina Gruse is the new assistant principal for Greenfield Elementary. She previously worked outside of the district in Queen Creek.

Kevin Swann is coming to Arizona from Illinois. Swann will serve as the new assistant principal of Mesquite High School.

Melinda Murphy is the new Director of Professional Growth and Development after having served as the principal of Highland High School.

Melissa Preuhs is the new dean of students at Highland High School. She previously worked outside of the district in Mesa.

Sarah Bixler is coming to Arizona from Colorado. Bixler will join Gilbert High School as the new dean of students.

Scott Smith is the new assistant principal at Highland High School. Smith previously worked outside of GPS as a special services coordinator.